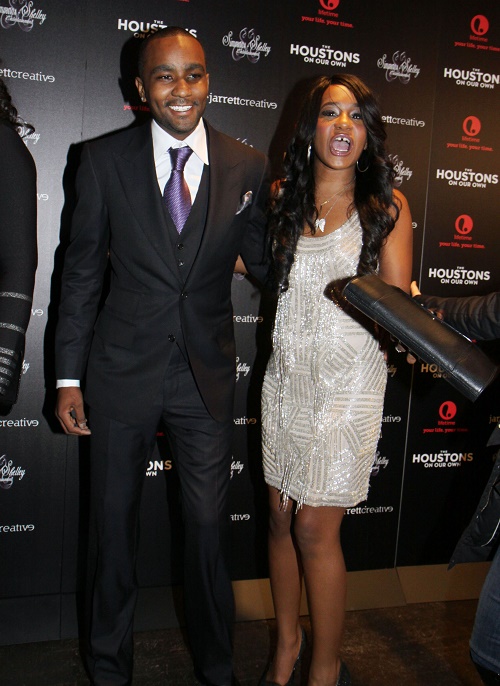 Bobbi Kristina Brown is brain dead and hanging on to life support, and her entire family [barring her father, Bobby Brown] wants to pull her off life support so they can get their hands on Whitney Houston’s inheritance. However, a new report from the National Enquirer claims that if anybody in the family is getting that inheritance, it’s Nick Gordon, Bobbi’s husband/brother.

In fact, it’s even possible that Nick Gordon will inherit Whitney Houston’s entire $20 million fortune, despite provisions in Whitney’s will stating that the money will be split up if none of her children survive her [some eerie foreshadowing there].

Unfortunately, prenups play a huge role in situations like this, and Bobbi Kristina Brown reportedly didn’t protect herself with a prenup when she married Nick Gordon in January 2014. However, there were also reports claiming that Nick and Bobbi were never officially married, which would make all this a moot point.

For what it’s worth, Bobbi’s family has been keeping Nick Gordon away from her body, and have denounced him completely. They’ve called him a gold digger and a drug enabler, and have blamed him for Bobbi’s drug abuse, her suicide attempt, and her current brain dead state in the hospital. They’ve not given him any rights in deciding when to pull Bobbi off life support, if and when they choose to do that, and they clearly haven’t consulted him on the matter.

However, there really is very little chance that Bobbi will recover from this – and that means that Whitney Houston’s inheritance will end up going to someone. Will that be Bobbi’s extended family, or will that be Nick Gordon? Time – and a lot of legal battles – will tell.

What do you guys think? Who will end up with Whitney Houston’s inheritance? Will it be Nick Gordon, who was never technically married to Bobbi? Or will it be Bobbi’s father and the rest of their greedy family? Let us know your thoughts in the comments below.