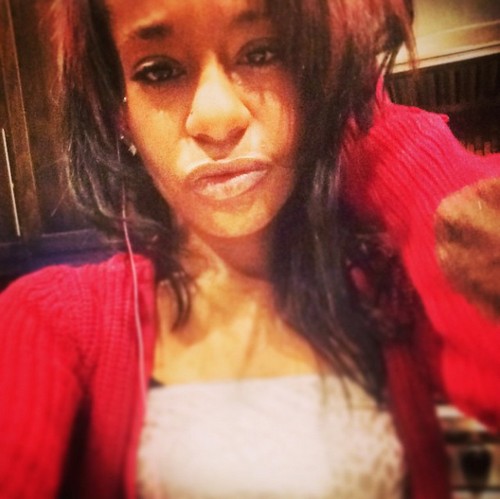 It’s been over a week since Bobbi Kristina Brown, daughter of the late Whitney Houston, was found face-down in a tubful of water at her Georgia Home. A lot has happened since then and the story has taken some interesting turns over the last few days. With that in mind, it may be helpful to take a look at what we know now and offer some predictions for the future of this case.

According to Hollywood Life, Bobbi Kristina’s grandmother, Cissy Houston, has been informed that there’s no chance of recovery for the 21-year-old woman. Bobbi’s been in a coma for several days and despite showing a few positive signs at one point, doctors aren’t hopeful that she’ll wake up. Some reports have indicated that she’s brain dead and her family, both Bobby Brown’s and Whitney Houston’s has been saying their last goodbyes. That means they’ll eventually have to make the decision to take her off life support. However, it’s unclear when that might happen. Will they cling to hope for a while longer or go ahead and let her go? It’s tough to say, but people will do doubt talk of money if they pull the plug too soon. Bobbi has a $20 million inheritance that already caused a legal brawl among relatives after Whitney’s death. Now it looks like the family could be headed back to the courtroom in the near future.

There’s also the question of how Bobbi ended up drowning and unresponsive in the bathtub. Since her mother was found in a similar manner in February of 2012, many have speculated that the incident was a suicide attempt. Police also issued a search warrant and found drugs in the home. It was starting to seem like an open and shut case until new details emerged about her husband, Nick Gordon.

First, we learned that he may not officially be her husband. Bobbi’s father, Bobby Brown, had his attorney issue a statement claiming she is not and has never been married to Nick. Next, we found out that Bobbi had some questionable injuries that led police to open a criminal investigation. Was she beaten and bloodied? We don’t know for sure, but Nick reportedly has a history of domestic violence and the police were called to the home in January to investigate a fight. We also know that Max Lomas told police that Nick cleaned up blood stains before police arrived. No one was there when they arrived, but some sources say that the pair had been having relationship issues recently.

Finally, there’s Max Lomas, the friend that found Bobbi’s lifeless body. According to TMZ, he’s offered his own version of events that includes Nick clearing away evidence from the scene and cleaning up blood stains. He has now lawyered up and refuses to talk to law enforcement again unless he’s offered immunity. It’s worth noting that Nick Gordon was recently arrested for possession of illegal drugs and a firearm. With his record, it’s definitely possible that he played a part in the foul play.

What do you think about the Bobbi Kristina Brown incident and the details that have followed? Will assault charges be filed against Nick Gordon and Max Lomas? When they decide to take Bobbi off the ventilator, will this become a murder case? Let us know what you think in the comments below and don’t forget to check CDL often for more updates on Bobbi’s condition and any upcoming arrests.