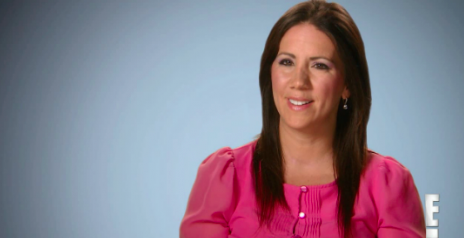 Botched continues with an all new Sunday, July 12 season 2 summer finale called, “The Serial Filler.” We’ve got your recap down below! On tonight’s episode, Farrah Abraham, star of “Teen Mom OG,” consults the docs about her lips.

On the last episode the doctors helped a former actress who lost her breasts to a flesh-eating disease; Dr. Dubrow gave hope to a spiritual woman who had a butt on her belly; and Dr. Nassif tried to remove a thumbprint left on a man’s nose by another surgeon. Did you watch the episode? If you missed it we have a full and detailed recap, right here for you.

On tonight’s episode per the E! synopsis “Farrah Abraham, star of “Teen Mom OG,” consults the docs about her lips; Dr. Dubrow is contacted by a friend whose stomach was botched; and a patient hopes surgery can help erase the physical reminders left from a fatal car accident.”

On tonight’s episode of Botched, we finally find out the particulars in what happened to Farrah Abraham’s lip. Though technically she can’t be considered as “botched”.

It was not a surgery that made Farrah’s lips the way it. It was actual a reaction to the drugs she had to take before surgery that did that.

See, originally, Farrah wanted to find a more permanent solution to lip fillers. So when she found out about an implant she could do instead then it looked like she had found what she needed. But before she even went into surgery – she was given something that ended up causing an allergic reaction.

And though that was no fault of the doctor’s, Farrah later had an issue with his form of care. Apparently he had hadn’t followed up with the ER doctor who felt like he had been a little too evasive. On top of not actually going with her with to the emergency room.

Thus Farrah could have gone back but ultimately decided to change doctors who would put her more at ease. However Terry told her that he couldn’t do anything to her lips right away. She was still suffering from the reaction and her lips had to go down prior to surgery.

Though Farrah told the doctor that the second it went down – she would back. Regardless of what happened, she would be back because Farrah was still hell bent on getting that lip implant.

And while he waited around for her to follow up on her word, Terry took on a personal case. A woman that works for him has a boyfriend who says his stomach looks like a scrotum. But Eric (that’s his name) has had so many surgeries in that area that it would be incredibly risky to go back in.

Eric it seems was once a fat kid. He started putting on the weight after his father had passed and eventually he was nearly three hundred pounds by time he was an adult. So when he heard about this new surgery that hadn’t been FDA approved but claim flatten his stomach muscles – he jumped at the chance.

And he ended up having surgery in Mexico.

But any type of surgery in Mexico is never the best idea. Often the patients later experience complication and such was the case with Eric. He had soon gotten sick and that surgery left behind extensive damage.

Yet, even as he knew this, Eric later went on to have a traditional gastric-bypass after he ballooned up once again. Only that time he said he did it for his family. He had gotten married and had had his own son. So he said he didn’t want to be known as the fat dad.

And, well, the surgery nearly killed him. He experience incredible pain and had to be in the hospital for a good 400 days. So in order to be skinny again he almost died and his lost his wife because apparently she never wanted him to go through with the surgery.

See the wife was looking at other solutions. Like dieting and exercise but by going in for a quick fix Eric pushed her feelings aside and that’s what caused the breakdown of their marriage.

Thankfully Eric has met someone new and despite the risk she knows how important it is to fix his sunken stomach. So she actually played a part in arranging a meeting with Terry. And, while scared of all the possibilities, Terry knew he could go back in and get the job done.

And surgery wasn’t the problem. It was post-op that Eric was suffering with. It seems he has a low tolerance for pain but quite a high tolerance for narcotics. And after terry found out he had taken numerous pills in almost a pill by hour ratio, he warned Eric from away from any future surgeries.

Eric by the way swore he was done. He simply wanted to fix his stomach as part of his endgame before proposing to his girlfriend. And luckily for him, she said yes!

The doctor suggested exercise and a better diet.

As for Paul, he had Jessa who had a wrecked nose. Jessa you see was sadly in a car accident many years ago in which she witnessed her father dying. So the broken nose she received from the accident is a painful reminder that she’s been trying to fix ever since. Only, after numerous surgeries, her nose was still leaning to one side when she went to go see Paul.

So Paul did the best he could but by the end he realized he had under-performed. Though that may have been just him being a perfectionist. Because, according to Jessa, her nose never looked better. And that’s when she was seeing it with the stitches and swelling.

But when Farrah came back, it wasn’t to have her surgery. The doctors, both of them, had wanted to talk.

It looks like they felt for her other doctor. You know the one that wasn’t at fault for what happened but who was still blasted by Farrah on the internet. So they wanted to lay it out for her that it would be difficult for doctors to ever want to take her on.

She might very well have frightened them all off.

And with that out of the way, the doctors then went on to say that her lips are at the point where they shouldn’t be touched. See they had squeezed her lips and there was still fluid leaking out. So Farrah was told to stop.

If she kept going then she could cause permanent damage.