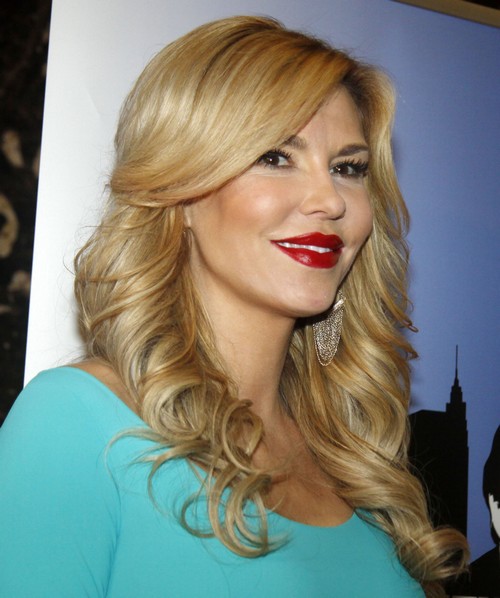 Brandi Glanville has finally, finally admitted something that we’ve known for a long time: that she’s gotten plastic surgery. I mean, you only need to take one look at her face before figuring out that Brandi Glanville and plastic surgery have a long history together. Even apart from the tight, too-frozen look that Brandi seems to be perpetually sporting, it’s clear that she’s also had some other work done to her face – including lip injections, cheek fat deposits done, and a possible nose job.

However, Brandi always seemed to go with the strategy of ‘deny, deny, deny’ instead of ever admitting to what she had done. But for whatever reason, she’s finally decided to come clean about her plastic surgery usage, telling host Ru Paul on E!’s new celebrity plastic surgery talk show ‘Good Work’, “Yeah, tons…fillers and botox and I’ve definitely made some mistakes but it’s hard to watch yourself get older on television. You look and think – maybe I shouldn’t have done that and maybe I need to do this.”

Brandi also added, “I’ve definitely over-filled and I’ve definitely had some bad Botox where your eyes drop but, y’know, there’s no shame in my game.”

There’s no shame, but there’s some bad, bad photographs, aren’t there? Brandi Glanville might finally be admitting the truth about her plastic surgery, but I hope she realizes that the majority of the public [and her ‘fans’] already knew about it. She wasn’t fooling anybody when she lied about getting plastic surgery, but she probably realizes that it’s gotten to a point where even the stupidest person isn’t going to believe it any longer. And thus, her admitting the ‘truth’ about it.

What do you guys think about Brandi Glanville getting plastic surgery and finally telling the truth about it? Do you think that she’s only telling the truth because she knows that nobody’s going to believe her if she continues lying? Let us know your thoughts in the comments below.