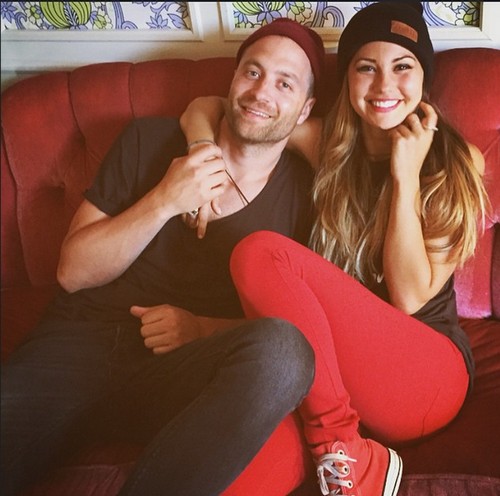 Kaitlyn Bristowe was chosen as the Season 11 Bachelorette – but runner-up Britt Nilsson is the one who actually found love! Britt Nilsson and Brady Toops are still dating and going strong, and the adorable couple can’t stop flaunting their relationship on social media. Britt and Brady have been posting super cute PDA pictures ever since it was revealed in Episode 2 that they are still seeing each other. But, are the Bachelorette producers trying to downplay Britt and Brady’s love fest?

The Bachelor and The Bachelorette franchises haven’t produced a successful couple in quite a few seasons, Juan Pablo and Nikki Ferrell crashed and burned after an embarrassing stint on Couple’s Therapy, Josh Murray and Andi Dorfman cancelled their engagement, and just a few weeks after the Season 11 premiere of The Bachelorette – Chris Soules and Whitney Bischoff announced that they had broken up. On top of all of the failed relationships, Reality Steve’s spoilers tease that there is no winner of this season, and Kaitlyn Bristowe doesn’t even get engaged.

To say that fans of The Bachelor and The Bachelorette are losing faith in the show and its “process” is an understatement, and Brady and Britt’s lovefest on social media is just making a mockery of the show. The only reason Britt Nilsson and Brady Toops fell in love is because Britt was eliminated and sent home – and then Brady quit. They dated each other, got to know each other, and fell in love all on their own – without the help of The Bachelorette producers. It’s pretty ironic that one of the only successful couples out of the show in a few years is the one couple that got together all on their own.

Do you think that The Bachelorette 2015 producers are trying to downplay Britt and Brady’s relationship to save face? How funny is it that they fell in love – and didn’t even need the show to help them do it? Do you hear wedding bells in their future? Let us know what you think in the comments below and don’t forget to check CDL tomorrow for more The Bachelorette 2015 spoilers and news.