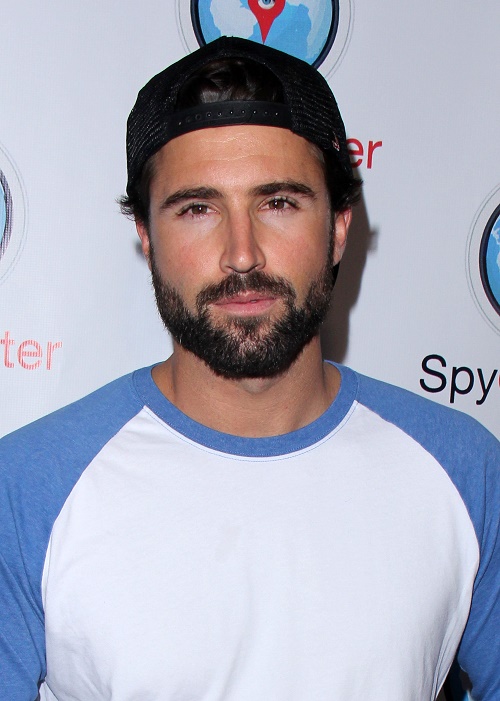 Brody Jenner has been very vocal about his family lately, now he’s dishing on the Kourtney Kardashian/Scott Disick Breakup. First, Brody Jenner spoke about Caitlyn Jenner and admitted that he was not comfortable with discussing Caitlyn in public, and he even refused to do press at this own event because he did not want to talk about Caitlyn.

Now, Brody Jenner has opened up about Kourtney Kardashians breakup with Scott Disick. Brody Jenner appeared on NBC’s Today show on Tuesday, July 7 to promote his upcoming E! reality series titled Sex With Brody, and he dished on Kourtney and Scott’s break up.

Brody Jenner reassured co-host Hoda Kotb of NBC’s Today show that both Kourtney and Scott were doing “great” after their split up. Brody said, “Obviously, Scott has gone through some issues in the past. He’s worked through them.” We aren’t buying this one bit and we are sure that Brody’s publicist told him to say this. The Kardashian family does not want any of the drama to get out unless it’s on their own reality show, Keeping Up With the Kardashians. If the cameras were rolling during Kourtney and Scott’s breakup, we are sure that the drama will be much more embellished on the reality show than what Brody is making it sound like.

As you know, Kourtney Kardashian broke up with her longterm boyfriend of 9 years and father of her three children after photos recently surfaced of Scott Disick spending time with celebrity stylist Chloe Bartoli. Brody Jenner said, “Honestly, when I Saw those pictures, I went, ‘Uh-oh This isn’t good.’ It’s unfortunate.”

Kourtney Kardashian was fed up of Scott’s drama and eventually called it off after his partying got out of hand, and when she saw Scott spending time with Chloe in Monte Carlo. A source told E! News, “Kourtney has always taken Scott back and been by his side, but now, with three kids, it has gotten old. Kourtney has to do what’ best for the kids.”

We agree that Kourtney and Scott should be doing what’s best for the kids, but something tells us that this breakup is going to be much more dramatic than it has to be, just to get the ratings up on Keeping Up With the Kardashians; and that is not in the best interest of their children.

What do you think of Brody’s comments? Are they accurate, or is Brody downplaying the entire situation so fans can watch it truly unfold on Keeping Up With the Kardashians? Let us know in the comments below.