Caitlyn Jenner Claims Kris Jenner Emotionally Abused Her During Their Marriage – Denied Her The Freedoms To Transition! 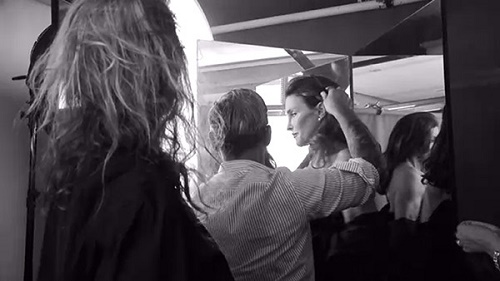 Caitlyn Jenner, who was formerly known as Bruce Jenner, is offering some insight into what caused her 23-year marriage to Kris Jenner to crumble. According to a recent article in Vanity Fair, both Caitlyn and Kris have very different accounts of what led to the downfall of their relationship. Caitlyn claims that she was “mistreated” by Kris and it was the main reason the pair called it quits. “Twenty percent was gender and 80 percent was the way I was treated,” Caitlyn said.

Caitlyn also discussed Kris’ controlling tendencies toward the end of their marriage. It seems their relationship shifted when Kris became the chief “breadwinner” after the success of the family’s reality show, “Keeping Up with the Kardashians.” Kris “was running this whole show…and had her own money.” Caitlyn added that when Kris didn’t need her anymore, “in a lot of ways she became less tolerant of me.”

Kris Jenner, on the other hand, tells another side of the story. Kris said that Caitlyn (then Bruce) had “social anxiety” and that was the real root of their marital problems. Bruce “wasn’t who he wanted to be so he was miserable.” It was a source of contention for the couple when they’d try to go out. Kris noted that “before we got to the end of the block we were in a fight because he started saying, ‘When can we go home?’ ”

As for the matter of gender, Caitlyn and Kris are also in disagreement over the events Kris was made privy to during their marriage. Caitlyn claimed she made it known that she’d previously attempted to transition back in the 1980s. However, Kris stated that simply wasn’t the case. Kris was aware that hormones were taken, but she was in the dark about any reasoning behind it. “Nobody mentioned a gender issue,” Kris said.

It appears lack of communication was the key to their relationship woes. Caitlyn acknowledged that the misunderstanding between them was “probably a mistake.” Caitlyn said that she should’ve helped Kris realize that “this is a condition that you cannot get away from.” We’ll give you updates if any other details emerge about Caitlyn’s tumultuous past with Kris.

What do you think about the disputed claims by Caitlyn Jenner and Kris Jenner? Who was really at fault for the failure of their marriage? Let us know what you think in the comments below and don’t forget to check CDL often for the latest celebrity gossip and news.