Caitlyn Jenner Terrified of Sentence in Male Prison and Jail with Men: Transgender at Risk? 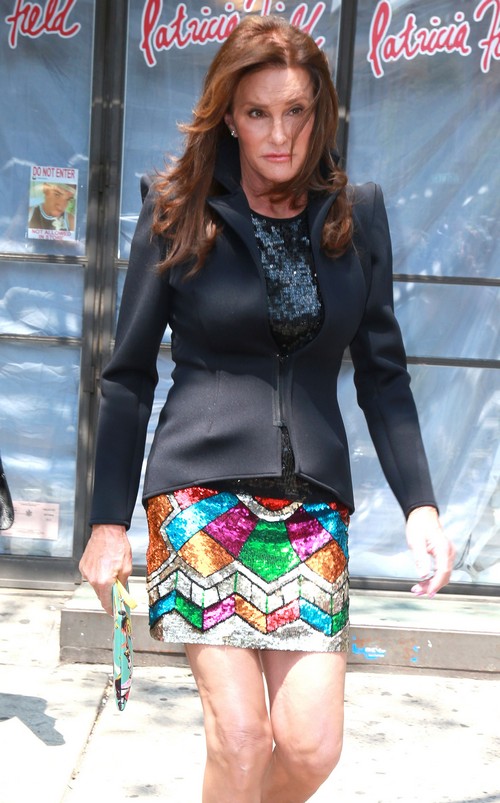 Caitlyn Jenner is doing another round of talk shows – she’s been on Ellen recently and also chatted up Matt Lauer on Today. And on the Today show, Caitlyn finally broke her silence on the fatal traffic accident she was involved in and what the fallout may be from the wreck. Caitlyn Jenner told Matt Lauer that “I remember it happening” but said that’s about all she recalls. Caitlyn also shared her fears of landing behind bars for causing the death of 69 year old Kim Howe.

According to an LA Sheriff’s department representative, there is a 50/50 chance Caitlyn Jenner could be charged with manslaughter in Kim Howe’s death and, if found guilty, this could mean a prison stint. Caitlyn told Matt Lauer that landing behind bars is a “worst-case scenario” and that she’s terrified of the idea of serving any time with men rather than women. Caitlyn Jenner told Matt Lauer on the Today Show, “It is an enormous problem that they would put trans women in a men’s county jail.”

According to Jenner’s show I Am Cait, she’s still golfing as a man and using the men’s locker room at the pricey Sherwood Oaks Country Club where Caitlyn Jenner’s membership is still under her male moniker Bruce Jenner. Why is this important? This state of Jenner’s sportsmanship (or sports-womanship) implies that Caitlyn has not had the “big” surgery to take care of that all-important piece of manhood.

If Caitlyn is sentenced prior to her final surgery, the presence of a penis would send her to men’s jail rather than women’s, despite the danger. But, before you get all excited, let’s remember this. Khloe Kardashian was sentenced to 30 days in jail for violating probation after her March 2007 DUI and served exactly three hours thanks to overcrowding. Nonviolent offenders usually walk out with drastically less time served than their sentence.

So even if Caitlyn Jenner was sentenced to time behind bars for vehicular manslaughter (doubtful with the high priced attorneys she’s got working for her) it would probably be a revolving door. And what jail wants to be known as the one that let the world’s most famous transgender be harmed on their watch? She’d likely get a solo cell with a dedicated guard if the time served extended to more than a day.

What may also help Caitlyn Jenner evade prison time – although she did not mention it to Matt Lauer – is that Kim Howe had not held a valid driver’s license for eight years prior to the accident. With Kim Howe unlicensed for so long, no doubt Jenner’s lawyers can call into her question her ability to brake and properly operate her vehicle. And, let’s face it, Kim Howe’s greedy step-kids (who allegedly hadn’t talked to Howe in years) are only after Jenner’s money, not any jail time justice.

Caitlyn Jenner cut short the questions by Lauer saying she can’t really discuss the case since it’s still under investigation and in the legal process. Celebrity criminal lawyer bulldog Blair Berk is repping Caitlyn for this matter and Berk is a smart choice. Blair Berk has represented Kanye West and Gerard Butler against paparazzi assault charges and handled DUIs for Kiefer Sutherland, Heather Locklear and others. Blair Berk is a Harvard law grad with 20 years experience in criminal law.

Berk is reportedly working behind the scenes with the DA to make the misdemeanor vehicular manslaughter charges go away or cut a deal for probation only. With Berk’s history of celebrity criminal wins and Jenner’s clean record, it seems doubtful that Jenner will land behind bars. Unless, of course, Caitlyn Jenner lands in front of a conservative judge (which would be terribly ironic since Jenner herself remains a staunch conservative) that wants to make an object of her case.

Stay tuned to CDL for more on Caitlyn Jenner’s criminal charges as the news unfolds.