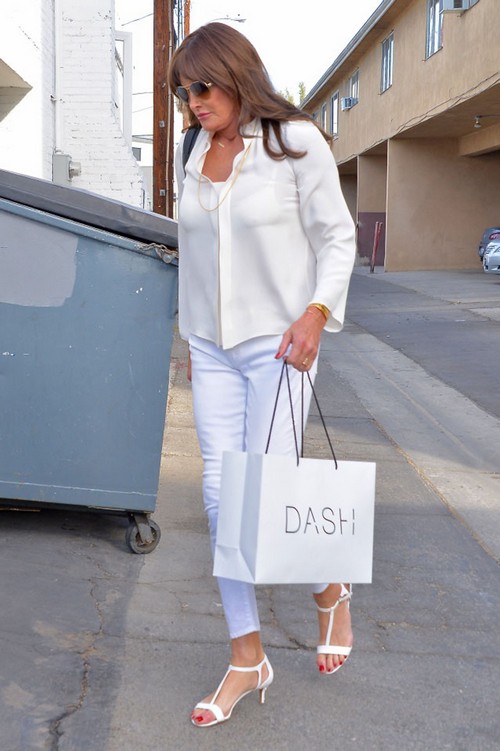 Will Caitlyn Jenner be a new single mom by adoption in the New Year? If this is true, Kim Kardashian will be furious. Cait’s adoption would steal the spotlight from Kimye’s new baby boy Saint West!

Sources told Radar Online that Caitlyn feels certain she would have no problems raising a child as a single parent. A close friend divulged that Jenner misses raising children and wants to offer a loving and secure home to a child. But does Kim believe this a publicity stunt on Caitlyn’s part?

Viewers of “Keeping up with the Kardashians” watched as then-Bruce Jenner played Mister Mom to Kendall Jenner and Kylie Jenner. Then-Bruce drove the youngsters to school, doctors’ appointments and wherever else they needed to go.

Kim Kardashian isn’t going to be happy that Caitlyn is even considering adopting a child. Kim believes that Saint West deserves all the attention right now. Never mess around with Kim and the West kids time in the spotlight!

If Caitlyn Jenner adopts a child it would probably be a ratings boost for “I Am Cait.” Kris Jenner would need to scramble to find the next publicity stunt to keep the Kardashians’ one step ahead of Caitlyn.

Kris is running out of storylines and may have to resort to something really drastic to compete if Caitlyn Jenner is able to adopt. One can only wonder what that would be!

The Kardashian and Jenner sisters can’t even share the spotlight with each other. Kendall and Kylie are constantly calling each other vulgar names on-and-off-camera.

Kylie and Kim are competing to see which one can gain the most attention over lip kits, Kimojis and apps. And then there’s baby Saint who is the center of the Kardashian universe.

Bruce Jenner was a great dad to Kendall and Kylie – the girls didn’t seem to go off the rails until Kris Jenner started pushing Kylie and Kendall into modeling. Would Kim Kardashian stoop so low as to sabotage Caitlyn Jenner’s adoption plans? Could Caitlyn be a successful single mom?