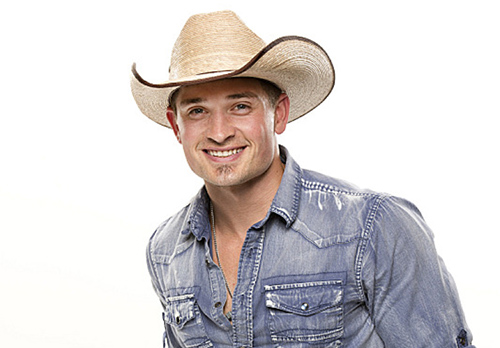 “Survivor 32: Kaoh Rong Island” spoilers tease quite an exciting season with “Big Brother 16” fan favorite Caleb Reynolds in the cast. There were reports of him joining the CBS reality show for a while; however, last night, the show’s host Jeff Probst confirmed his casting.

Caleb Reynolds, also known as Beast Mode Cowboy, debuted on “Big Brother 16” in the summer of 2014. Caleb was a loyal player whose only mistake early in the game was falling in love with a former cast member, Amber Borzotra. Caleb fell short during his season of “Big Brother 16,” being evicted one week before the winner, Derrick Levasseur, was crowned.

Caleb will join the beauty tribe [Gondol] with five other cast members, and if they stick together they could easily take over the game. Caleb will be an asset to his team; he is extremely strong, a team player, and will be loyal to his alliances.

During his stint on “Big Brother 16,” Caleb was often distracted by members of the opposite sex. His supporters are hoping since he has a dedicated fiancée [Ashley Jay] back home, it will greatly improve his gameplay focus.

Here’s what CDL knows for a fact: “Survivor 32: Kaoh Rong Island” was filmed between March 30- May 7, 2015. By the time the winner is announced, the final three will have been waiting in silence and secrecy for over a year.

The medical team determines that Caleb suffered an extreme case of heat exhaustion, and the medic team pulls him out of the game—as they feared he wouldn’t be able to recover if he continued to play the game. If the inside source was right, Caleb will have no hope of winning the grand prize of one million dollars.

The next season of “Survivor” will premiere in February 2016. Who has what it takes to outwit, outplay, and outlast, and bring home the grand prize and title of sole survivor? Don’t forget to come back for the latest “Survivor” spoilers, news, and updates!