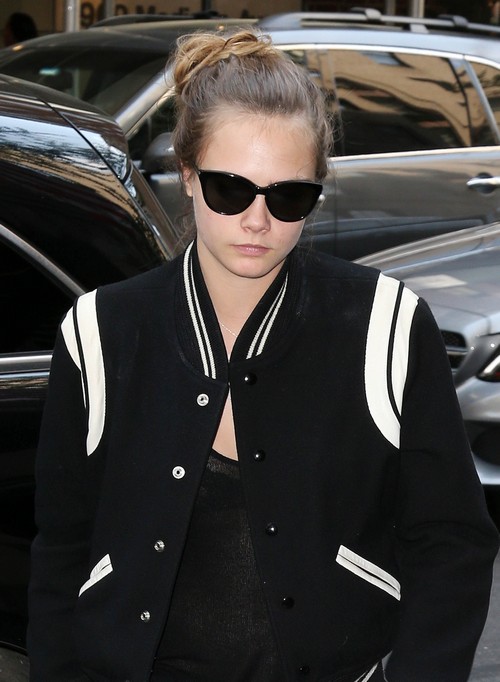 The May 18 edition of Star Magazine reveals, “Cara Delevingne and St. Vincent’s relationship is a constant rollercoaster that is more of a partying partnership than a love affair. It’s always the same story with Cara – her relationships are hot and sexual, then turn into a slippery slope of too much partying, that leads to non-stop fighting.”

When rumors began floating around that Cara and St. Vincent were breaking up, Cara took to Twitter and tweeted this message to her followers, “I am very much in love.” But, according to Star’s insiders the only reason Cara professed her love for St. Vincent on Twitter was because they got in to a huge fight at a Burberry show – and she was trying to win back her girlfriend. So far Cara’s profession of love seemed to have worked and she and St. Vincent are back on track – but sources doubt that it will last, and they will be fighting again in no time.

Cara Delevingne seems to be a one woman wrecking ball when it comes to her relationships – is anyone else seeing some eerie similarities between this relationship and the one Cara Delevingne had with Michelle Rodriguez? Cara is living proof that the couple that boozes together, does not stay together. Do you think Cara and St. Vincent are the real deal? Or is it only a matter of time before they break up again and Cara moves on to her next conquest? Let us know what you think in the comments below!

Model Cara Delevingne is spotted out and about in New York City, New York on May 4, 2015. Cara’s look in the upcoming ‘Suicide Squad’ movie was recently revealed resulting in a lot of debate on the internet. FameFlynet