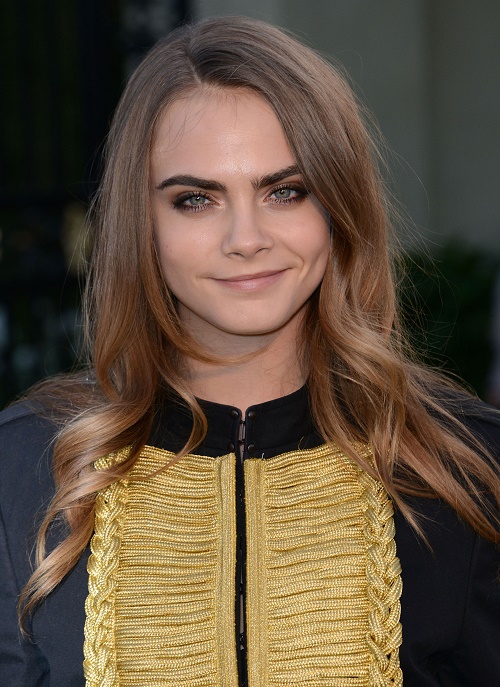 Supermodel Cara Delevingne has always been a party girl and had a bit of a wild side, but the alleged alcoholic’s drinking problem is getting out of control! Cara recently decided to branch out and pursue a career in acting, which we’re sure had everything to do with the fact that she wasn’t being invited to as many fashion shows as she used to because she was partying too hard and considered unreliable. But, according to a new report from Star Magazine, Cara’s acting career might be short lived if she doesn’t sober up!

The April 27th edition of Star Magazine explains, “Cara Delevingne is trying to step off from the catwalk and on to the big screen, but her habit of waking up next to a bottle could put her acting career in jeopardy. She is in for a rude awakening now that she is settling in Toronto to film her first big franchise film “Suicide Squad,” with Will Smith and Jared Leto.” A Hollywood insider dished to Star Magazine that Cara drinks tequila first thing in the morning, and thinks that it is okay because she is “jet-lagged.” The source went on to say that Cara’s shoots are scheduled first thing in the morning in Toronto, and she has to clean up her act before Hollywood bigwigs decide she is not reliable.

Can Cara Delevingne really change her ways? The supermodel turned actress has always done what she wants when she wants to. If Cara wants to drink a bottle of tequila for breakfast – she is going to, regardless of what the directors on the set of “Suicide Squad” tell her to do. Considering Cara has already pretty much sabotaged her modeling career with her wild partying, someone should really step in and help her sober up before she ruins her acting career as well. There are always rumors swirling around that Cara is headed to rehab – perhaps someone in her inner circle should make sure that she actually gets there.