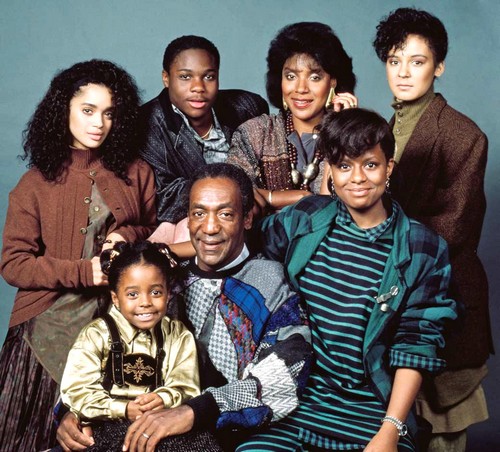 In the board room of Sunday night’s Celebrity Apprentice 2015 premiere, Keshia Knight Pulliam was confronted about why she didn’t call on Bill Cosby to donate to her event. Keshia claims she hasn’t spoken to him in years and said it would be “awkward” to call him up for a charity donation out of the blue. She said she’s only seen him at Cosby Show events (and I’m guessing there won’t be any more of those). When interviewed after her firing and asked about the allegations against Cosby, Pulliam said, “Honestly, that’s not the man I know.”

While not an accusation, that’s certainly not a defense of his actions or character. In 2011, The Cosby Show was recognized at the TV Land Awards and all cast members aside from Lisa Bonet showed up. Perhaps she was busy or could it have been something more sinister? Keshia was just a little thing when she starred on The Cosby Show as Rudy, so I doubt he was molesting her then – he’s not been accused of Stephen Collins-esque molestation after all. Instead, he’s been accused of (among many other things) promising guest spots on The Cosby Show to lure women in and then drugging them.

But what’s more likely is that he may have tried this shenanigan on older cast members like Bonet or Sabrina Le Beauf (the latter was rumored to have accused him of sexual harassment back in the day and scoring a settlement) – – or he may have gotten shady with his younger co-stars at reunion events as the girls got older. TV Guide prepped a time line of Cosby’s abuse accusations and they start back in 1965 and feature women as young as 15 that say he drugged them and sexually assaulted them (or attempted to) in a variety of methods. Forced oral sex is a recurrent them in the accusations.

What’s interesting is that his daughter Erinn Cosby accused Mike Tyson of sexually assaulting her back in 1992 and her father took Tyson’s side. Wow! Rather than allowing her to go to the police, Cosby told his daughter he would handle the matter and talked to Tyson privately to encourage him to attend therapy (this according to an AP story at the time). Later, he cut off ties with his daughter and said she was “not a person you can trust.” Maybe what he meant was that she wasn’t a person you can trust to keep her mouth shut about sexual assault. This shows just how little Cosby respects women.

With young ladies in their teens among Cosby’s accusers, it’s not outside the realm of possibility that he may have attempted similar shenanigans with the young women cast on his show. What’s especially interesting is that NONE of the women from the show have stepped forward to defend him. NONE. Raven Symone has said “I was not taken advantage of by Mr. Cosby when I was on The Cosby Show… Now keep me out of this.” That’s not a defense of Cosby, only a statement that he didn’t do it to her. Malcolm Jamal Warner has refused to comment on the scandal as has Lisa Bonet.

Tempestt Bledsoe has not defended him – one website Celebtricity.com ran a story saying Tempest confessed that he touched her once but as the anecdote involves Jello pudding, it seems sketchy and there’s no corroboration. That doesn’t mean he didn’t do it, but her lack of defense of his is the really telling thing. Phylicia Rashad, who played Cosby’s wife on his hit TV show, has not defended him and, strangely, calls him “Mr. Cosby” rather than bill when discussing her co-star of nearly a decade. She seems strangely distant about him.

The good news is that Cosby has a staunch defender in Cee Lo Green – but then again Green has also been accused of drugging and molesting a woman, so Cosby is likely a role model to the dwarfish singer… The bottom line is that Keshia likely could have gotten a fat check from Cosby for her charity had she actually called him because:
#1 He needs any positive press he can get
#2 He has an (alleged) history of paying off women to get them to go away
#3 He’s rich as hell so he can afford it

These are all theories, mind you, and I hope the truth all comes out in the end and that Cosby’s accusers get their day in court, statute of limitations be damned. They were silenced by the Cosby machine back in the day but they deserve to be heard and for their (alleged) attacker to be held accountable.