Bill Cosby: How He Did It To All Of Those Women, Allegedly (PHOTO) 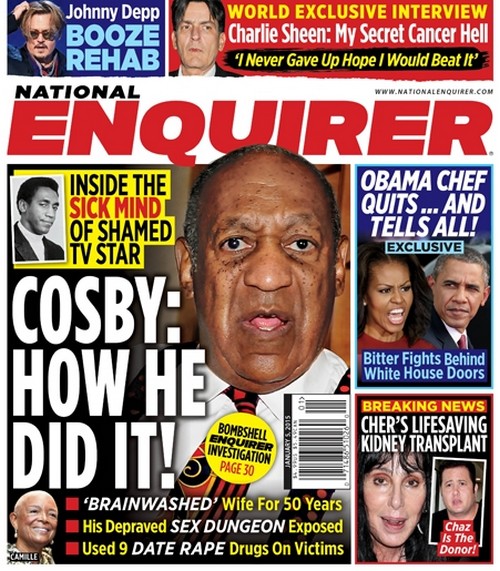 Bill Cosby played gynecologist Dr. Huxtable on his wildly popular TV show “The Cosby Show”, but in real life, he was playing doctor on women against their will — allegedly.

According to a new report from the “National Enquirer”, Cosby used over 2,000 knockout pills in order to have his way will all of these unsuspecting women. A drug dealer in Hollywood spilled their guts to the tabloid and talks about how the famed actor obtained the drugs. The drug pusher told the magazine, “I think it’s worse than anyone knows. He had to go through at least 2,000 pills over that period of time! Even more shocking is that none of these women overdosed – as far as we know.”

The source went on to say, “Cosby may have been Dr. Huxtable on his TV show, but he was not a doctor in real life. You’ve got no idea what’s going to happen when you spike a girl’s drink with a ‘knockout’ drug. He could have ended up with some dead chick in his bed! Cosby was one sick motherf****r!”

So far, over twenty-five women have come forward to claim that Cosby either drugged them or drugged and raped them. Shockingly enough, the allegations go as far back as 1965 – a year following his marriage to wife Camille. Of course, Cosby’s lawyers have issued denial after denial over the rape allegations.

Cosby is one sick mofo. I believe that he has done something awful to these women and while I wanted to believe his innocence, there is just so much evidence and reports of wrongdoing mounting against him. Reportedly, he drugged his last victim as late as 2008.

One woman even came forward to say that he drugged and raped her during their time at the Playboy Mansion – and she was only a mere fifteen-years-old! Does it get worse from there? We may never truly know the answer to that one – imagine how many people he might’ve already paid off to shut their mouths?