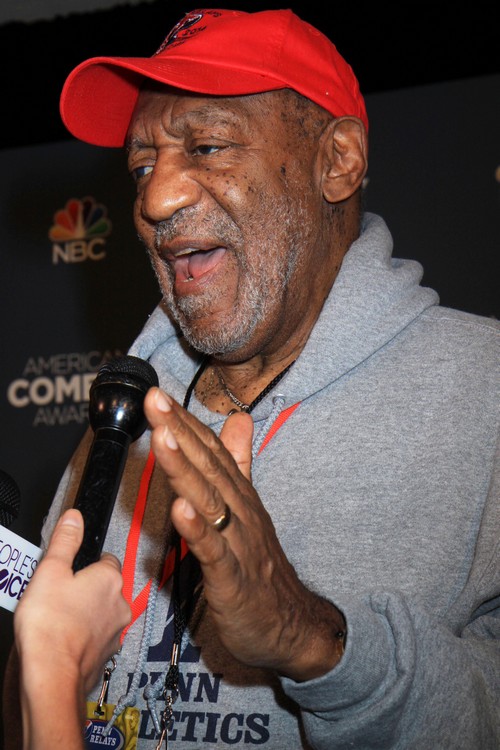 In the Bill Cosby alleged rape case, it looks the legal system might be falling down on a large scale. Although the statute of limitations exists for a reason, it’s unfortunate that events like this make us re-examine our legal system in every light. Rape has always been an extremely sensitive topic with the law, where most rapists and molesters go unpunished due to unfortunate loopholes or victims’ unwillingness to come forward and testify. Bill Cosby is famous, and in Hollywood, that means he’s practically untouchable (look at convicted child rapist Roman Polanski and all the support he continues to receive from people in the industry). However, things have changed enough that the public has already started demanding his head, even as he refuses to discuss the rape allegations in public – especially now that Bill Cosby has been accused by a THIRD woman of rape.

For those living under a rock, Bill Cosby was actually accused of raping Barbara Bowman in 1985. Barbara brought forward the allegations against Bill last week, claiming that he forced himself on the then-17-year-old Cosby Show actress. She also claimed that Bill had raped several other women, but they stayed quiet due to pay-offs and non-disclosure agreements. But then, a second and now, third woman have all come forward to confirm Barbara’s allegations. This third woman, Joan Tarshis, claims that Bill Cosby sexually assaulted her when she was 19 in the 1960s, which means his pattern of behavior has been going on for decades.

Bill Cosby was actually interviewed by NPR the other day, and he was point blank asked about the rape allegations. Literally, every single question that was asked, including this one, “This question gives me no pleasure, Mr. Cosby, but there have been serious allegations raised about you in recent days,” was met with silence. The interviewer continued asking questions regarding the rape allegations, and Bill Cosby continued giving him the silent treatment.

Basically, Bill Cosby probably thinks that he’ll get away from this with a slap on the wrist, and the sad thing is he’s probably right. Bill’s lawyer would have advised him not to say a word to the press, but not saying anything also works as an admission of guilt – at least, as far as the public is concerned. They’ll continue calling for his head, but the most they’re likely to be served with is his pride.

Bill Cosby broke his silence regarding a series of sexual assault allegations via a brief statement posted on his Web site on November 16, 2014. Cosby’s attorney, John P. Schmitt, wrote, “Over the last several weeks, decade-old, discredited allegations against Mr. Cosby have resurfaced. The fact that they are being repeated does not make them true. Mr. Cosby does not intend to dignify these allegations with any comment,” the statement reads. “He would like to thank all his fans for the outpouring of support and assure them that, at age 77, he is doing his best work. There will be no further statement from Mr. Cosby or any of his representatives.” The accusations against the comedian are years, even decades old, and they resurfaced in recent weeks after a video of comedian Hannibal Buress calling Cosby a rapist went viral.