Charlie Sheen Lawsuits On The Way: At Least 6 Women Suing Charlie For Sex After HIV Diagnosis 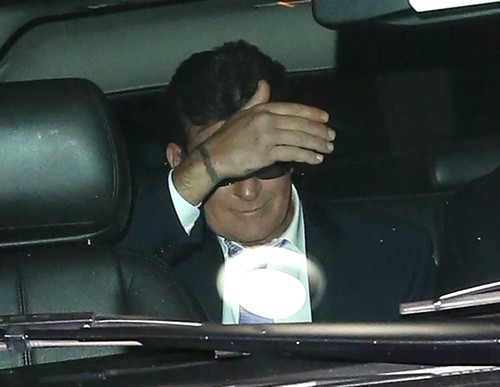 Charlie Sheen finally confessed to his not-so-shocking HIV diagnosis and now it looks like at least six of the women Sheen slept with are lining up with their lawsuits. According to Sheen, he has only had unprotected sex with two women since learning he is living with HIV and both women were aware of his status.

There are also claims that Charlie has been with at least 200 women since the diagnosis and according to Charlie Sheen himself, he only told a few people.

During his “Today” interview on Tuesday, November 17, Charlie admitted that he has known about his HIV status for about four years now. The “Anger Management” star also claimed that he has had unprotected sex with just two women who knew about Charlie Sheen’s HIV status.

During the shocking interview, Charlie claimed that both women were being treated by his own doctor at the time that he was exposing them and both were aware of the risk.

In the interview with Matt Lauer, Charlie Sheen was adamant that he could not have transmitted HIV to another person in the last four years since his diagnosis. He says it is “impossible” and yet there are reports that Charlie has had sex with around 200 people in that time.

Whether Sheen used protection or not, there is still a chance and it certainly isn’t impossible. That is why there are reports that the lawsuits are coming.

TMZ reported that a “prominent Los Angeles lawyer” has already heard from six women who are considering a lawsuit against Charlie Sheen for not disclosing his HIV status prior to having sex with them. The same lawyer claims to have appointments with four more women still.

There are even claims from women that Charlie did not disclose his HIV status before having unprotected sex with them, therefore putting them at risk and breaking the law. Charlie Sheen said in his interview that the purpose of opening up and coming clean about having HIV was his attempt to stop those close to him from continuing to extort money in exchange for their silence.

Now it looks like Charlie might be paying up anyway because women are lining up to sue him already and it has only been one day since the HIV news broke.

With at least six lawsuits on the way and possibly more, it’s possible that going public may cost Charlie Sheen more than keeping his HIV status quiet. Will the “Anger Management” star be forced to pay up and possibly even do jail time for neglecting the health of the women he has been having sex with?