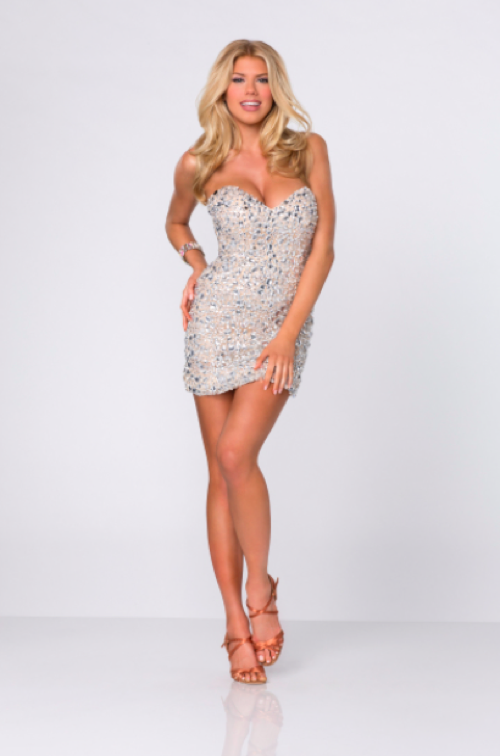 Tonight on ABC the glitz and the glamor returned to the ballroom for another great season of Dancing with the Stars.  On tonight’s premiere episode Charlotte McKinney and his professional dancer Keo Motsepe danced a jive to “Shake a Tail Feather” by The Blues Brothers

If you are not familiar with Charlotte McKinney, she is an actress and model is the centerpiece of the highly buzzed about Carl’s Jr. Super Bowl ad, the fast-food chain’s most successful to date with a staggering 2.5 billion media impressions in less than two weeks.  Having spoken publicly about personal experiences with bullying, she continues to be vocal about the issue that the long term effects it has on its victims. Charlotte has a growing social influence with close to half a million followers on social media.

Judges’ comments: Carrie Ann: “You had a rough start, but you are so much fun to watch – you are like watching the girl that just goes for it.” Len: “I must say I enjoyed the way you came out, congratulations, well done.” Julianne: “Jive is a tough dance, you need to work on your legs, the top half is great.” Bruno: “It must take monumental effort with your front frontage, come back next week and have no mistakes.”