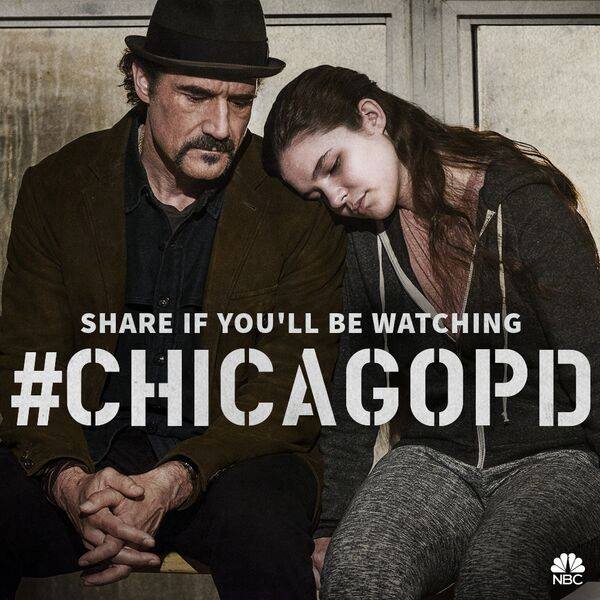 Tonight on NBC their riveting police drama Chicago PD continues with an all new Wednesday November 18, season 3 episode 9 called, “Never Forget I Love You” and we have your weekly recap below. On tonight’s episode, a decapitated body found in Lake Michigan is linked to Voight’s (Jason Beghe) social circle

On the last episode, the team discovered the mutilated body of a government official while responding to an informant’s tip about an upcoming drug trade. In other events, Burgess helped plan a surprise for Platt.  Did you watch the last episode? If you missed it, we have a full and detailed recap right here for you.

On tonight’s episode as per the NBC synopsis, “a decapitated body found in Lake Michigan is linked to Voight’s social circle; Roman makes a grave mistake; and Olinsky is upset when Antonio doesn’t consult him before making a decision that could impact Michelle’s future.”

Tonights episode of Chicago PD kicks off with Erin and Hank arriving at the docks they were called in because fishermen reeled in a woman’s head – without her body. They head out on a boat to look for the rest of the woman’s body – after a few hours, the divers locate it at the bottom of the river.

Roman and Burgess arrive at his friend Callie’s house with their guns drawn – she called them panicking because her ex Richie showed up at her house, drunk, and violent. Burgess wants to take her down to the police station to file a report, but she already has an order of protection. Roman shouts that it is not going to work and her husband Richie needs to be stopped – he runs out of the house.

Erin and Hank head to the morgue, they learn that the woman is in her mid 20’s and died from strangulation. There are holes in her head, caused by a power drill. Her killer knew what he was doing, he drilled holes in her head so that the body would sink. They run her prints and learn that her name is Victoria Watson – she used to be a stripper at a local club. They think that Victoria might have witnessed something at the club, it was protected by “The Outfit” so they killed her to keep her quiet.

Jay and Erin pay Victoria’s sister a visit at college to let her know that her sister was murdered. She hadn’t saw her sister in a week, the last time they talked she said some guy was flying her away to Cabo. Their parents died in a car accident 6 years ago, and Victoria stepped up and started dancing to help her pay her college tuition. Erin reassures her that they will find out what happened to her sister.

Antonio and Ruzik head to the strip club, none of the girls are willing to talk. Alvin finally finds a girl that admits the used to work Tuesdays with Victoria – she points Alvin to Victoria’s locked in the dressing room. The bouncer at the club tells Alvin that he can’t go through Victoria’s locker – but he does any way. He finds an envelope in side with a stack of fake ID’s in it.

Back at the police station, Roman is still livid over Callie’s domestic dispute. They ask Trudy for advice, she isn’t too helpful because she is too excited about the brochure she found full of magazines in Mouch’s truck – she has figured out that he is going to propose. Trudy taunts Burgess and bets her $20 that she will get married before Burgess and Ruzik finally do.

Ruzik runs the fake ID’s and learns that Victoria was running a check cashing scam, she had cashed in over half a million dollars in counterfeit checks. It has “The Outfit” written all over it – they are notorious for their check schemes. Hank says that he will “look in to it” and takes the file in to his office. He and Erin wind up arguing, she thinks that Hank is blowing the case off.

Hank pays Carlo a visit at the social club. He tells Carlo that one of his girls at the strip club were murdered, Carlo corrects him and says that he is just a “silent partner.” He tells Hank to talk to Frank because he handles the “day to day operations.” Hank heads outside with Frank and shows him the checks that Victoria was cashing. Frank says it’s a shame. Hank says this is just a courtesy call, but he needs a name, or else financial crimes will start looking in to the “Outfit.” Hank doesn’t care about the checks – he wants to know who killed Victoria.

Carlo gives Hank a name, and the team gets strapped and heads to the address to raid them. They find the entire check cashing operation, fake ID’s, checks in the process of being printed. They find a man hiding inside and Jay and Antonio wind up wrestling with him. Ruzik tumbles off a second floor balcony, but he manages to catch the suspect.

Back at the station they learn that their suspect is named Koslow – he was an up-and-coming enforcer for The Outfit before someone dropped a 45 pound weight on his head. Then, he was in a coma for 2 months, and has never been right mentally ever since. Since Koslow wasn’t all there anymore, The Outfit put him out to pasture and set him up at the check cashing house. Some of Victoria’s pals at the strip club say that they saw Koslow fighting with Victoria the night of her murder.

Roman is still on a mission to find Richie. He tracks down his brother Denny and demands to know where Richie is. Denny laughs him off and says that he doesn’t know where his brother is. Then he accuses Roman of trying to “make a move on a grieving woman.” Burgess has to separate them, and she sends Roman back to the car.

Koslow’s lawyer shows up at the police station. He says that Victoria’s death was tragic and takes Koslow aside for a private talk. Afterwards, the lawyer announces that Koslow is ready to confess to Victoria’s murder. Suddenly, Koslow changes his story – he says that he did kill Victoria because she was holding back $30,000 from the check cashing scheme. He gives Hank an address and says that is where the boat is that he used to hide Victoria’s body. Hank is content, but Erin isn’t happy. She says that Koslow’s “mobbed up lawyer convinced him to take one for the team.”

Erin and the forensic team head to the boat to check it out. There is no way that it was used to transport Victoria’s body, there isn’t a drop of blood on it. And, whoever used the drill to drill the holes in her body was wearing gloves, there isn’t a single fingerprint on it.

Erin heads back to the police station and corners Hank, she reminds him of a case when “The Outfit” sent somebody else up the river for a crime they didn’t do. She tells Hank that whoever gave them Koslow is playing him. Mouse runs Koslow’s phone records and finds out that he was actually calling Victoria’s little sister Lauren on a regular basis. Erin visits Lauren and she confirms that she was hooking up with Koslow, she says that there is now way he killed her sister because he was with her the night of Victoria’s murder.

Meanwhile, Hank visits Frank – he demands to know who REALLY killed Victoria. Frank tells Hank that he needs to do everyone a favor and just accept Koslow’s confession. Hank refuses, he says that he has done a lot of dirt – but he is not going to send an innocent man to prison. Back at the precinct, the autopsy results come in and it turns out that Victoria was 16 weeks pregnant. Erin tells Hank that Koslow has an alibi.

Erin heads to Koslow’s jail cell to try and talk to him, Hank reassures Koslow that Lauren is safe and “The Outfit” can’t hurt her. Koslow says that he is better off going back to prison. If he talks, then “The Outfit” is going to kill him. Erin won’t take “no” for an answer – she asks Koslow who the father of Victoria’s baby. Koslow reveals that Victoria was sleeping with Carlo, the leader of “The Outfit.”

Hank picks up Carlo and brings him down to the precinct – they learn that there is no way that he could be the father of Victoria’s baby because he had a vasectomy. Meanwhile, Mouse does some research and learns that “The Outfit’s” lawyer Shelte was in charge of Koslow and the check cashing scam – and when Koslow said Victoria was sleeping with “the boss” – he met Shelte, not Carlo. They find surveillance video footage at Shelte’s hotel proving that Victoria was spending every night here with him.

Hank and his team pick up Shelte and bring him in for questioning – they know that he killed her because he didn’t want her to have the baby because he knew his wife wouldn’t be happy about it. He also owns a boat –which he could have used to dump her body. Hank tells Shelte that he has two options – he can confess to the murder or “walk out the door.” Hank warns Shelte that he knows what is going to happen if he walks out the door.

Erin is furious that Hank is letting Shelte walk. Erin chases him outside – just as Frank picks him up in a black SUV. Erin goes back inside and sees Hank walking Carlo out of the building. Erin heads to the bar, and Hank follows her there. Hank gives her a speech about “The Outfit.” He tells her that he is not always going to explain what he does, and she is not going to always like it – but she can’t ever forget that he loves her.

Tonight’s episode ends with Roman showing up at Callie’s house, she is lying on the floor bleeding – she says that Richie did it to her. Burgess sits with Callie and calls 911 and Roman runs out the back door looking for Richie, he shoots at him down a dark alley and then follows his trail of blood. Burgess and Roman finally find Richie lying in the alley – and he is dead. Instead of calling 911 – Burgess calls Hank for help.