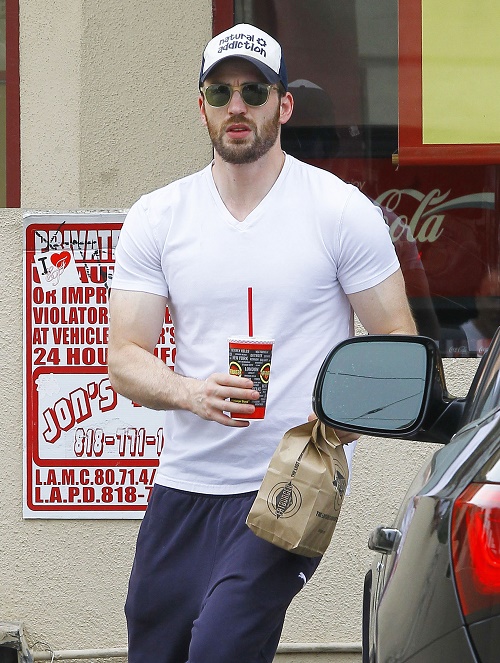 Captain America star Chris Evans and Lily Evans are officially dating, although they have tried to be coy about their new relationship. News broke in March that the couple had met at the Vanity Fair 2015 Oscars party, and they have been quietly dating ever since. But, according to a new report, their relationship won’t last much longer if Lily Collins’s friends have anything to do with it – they are not fans of Chris’s.

The April 13th edition of OK! Magazine reveals, “Chris Evans may star in Captain America, but to friends of his new fling Lily Collins’ – he’s no hero,” and Lily’s pals fear that she will be just be another conquest, out of many. An insider dished to OK! Magazine, “It’s tough for them to see her dating one of Hollywood’s most notorious womanizers. Chris thinks that lily could be the one to tame him, but she is just setting herself up for heartache.”

So far, Chris Evans and Lily Collins’ relationship has been going strong for about a month – but considering Chris’s track record, he could lose interest and kick Phil Collins’s daughter to the curb any day now. Lily Collins is no slouch when it comes to her dating track record though, and she has her fair share of failed relationships under her belt as well. So perhaps Chris and Lily will both be good for each other and this is exactly what they need. But it doesn’t help matters any that Lily’s friends are in her ear and convincing her that Chris Evans is going to break her heart before he even gets a chance to prove all of the doubters wrong.

What do you think of Chris Evans and Lily Collins’ relationship? Is it the real deal, or is Lily just another notch on Chris’s belt? Will Lily follow her heart or will she let her friends sabotage her relationship before it even really gets started? Let us know what you think in the comments below!