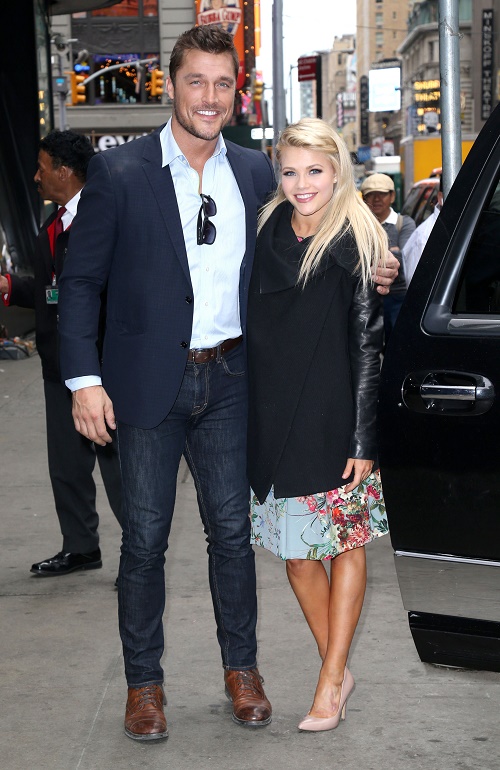 The Bachelor Chris Soules’ not-so-secret relationship with Dancing With The Stars partner Witney Carson has reportedly hit a major speed bump, and they might break up before they ever admit they are dating. Since Season 20 of DWTS, everyone knows that Chris Soules had a “thing” with his partner Witney Carson, which caused his fiancée, Whitney Bischoff, to dump him and move back to Chicago. Since then, Chris and Witney have reportedly been secretly dating, and have even booked joint appearances together this summer. But, according to our insider, there is trouble in paradise.

Chris Soules has been lambasted on the internet for being a fame-hungry fraud, and we really can’t even defend him at this point. The former Bachelor is already working on his third reality TV show in one year, and it’s pretty clear he has no intention of going back to his farm in Iowa and he is determined to stretch out his 15 minutes of fame to a solid 20. Chris’s “star power” has been rapidly depleting since his break-up with Whitney Bischoff, and Bachelor Nation really could care less what he is up to now. He needs a scandal, and fast, in order to remain relevant. And that is where Witney Carson comes in.

An insider close to the not-so-secret couple dished to CDL, “Chris wants to go public. But Witney is scared – she hasn’t been with ABC long and she doesn’t want to step on any toes by confirming her relationship with the network’s latest Bachelor, because that would mean confirming that she broke up their beloved Chris and Whitney. Chris is pressuring her though because he sees the writings on the wall and knows he has to do something big to stay in the news. And confirming he is dating his DWTS partner would do the trick.”

It sounds like Witney Carson is finally starting to see Chris’s true colors, and that he cares more about fame than anything or anyone else. Do you think Witney will cave and go public for Chris, or is this the end of their relationship? Is there a break-up in the near future? Let us know what you think in the comments below!