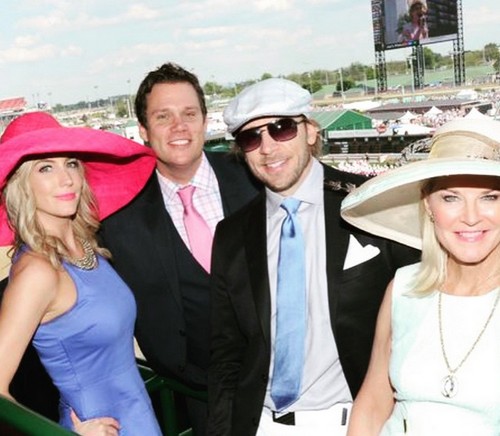 Chris Soules and Whitney Bischoff have broken up, the 2015 Bachelor winner just left her fiance in Los Angeles and moved back home to Chicago and returned to work. But, the couple is still making a half-hearted attempt to keep their showmance alive – because Bachelor producers are encouraging them to do so. Even though everyone knows that Chris and Whitney are never getting married, and Whitney went to the Kentucky Derby this weekend without him – she still posted on Instagram that “the only thing she was missing was Chris.” We’re not buying it though, and neither are Bachelor fans.

Why would Whitney Bischoff pretend that she and Chris Soules are still together and say that she misses him on Instagram? Well, the Bachelor producers are basically bullying her in to doing so. The turnover rate for Bachelor and Bachelorette couples is bleak – aside from Catherine and Sean’s wedding, none of the recent winners seem to stay together or get married. We knew Andi Dorfman and Josh Murray’s relationship was over for months, but they kept the charade going until ironically the day after the next Bachelor premiere. How appropriate that Whitney and Andi Dorfman met and bonded at the Kentucky Derby! The couple literally attended the Bachelor Premiere and bragged about their wedding plans – and then issued a public statement after it was over saying they had broken up. That right there is proof that the producers are very capable of manipulating contestants in to faking their relationships until the next season comes along. 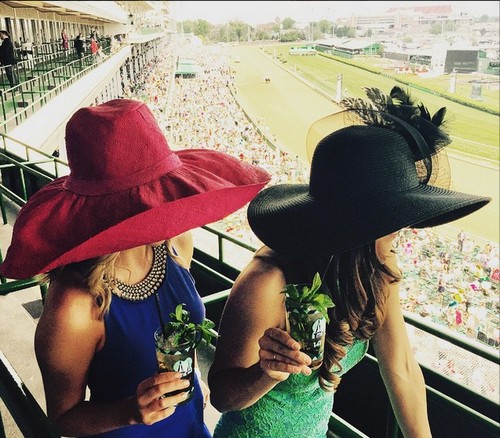 The bottom line is, Bachelor fans are losing faith in “the process,” and the producers will do whatever they can to keep Whitney and Chris’s showmance alive until the season premiere of The Bachelorette this month. What’s in it for Whitney Bischoff, why would she pretend that she “misses her fiancee” after he allegedly cheated on her with his Dancing With The Stars partner Witney Carson? An insider shed some light on the situation for us, “The producers basically convince the contestants that if they break up, they will lose all of the new found fame and privilege that come along with being engaged. Who would want to throw away an all-expenses paid wedding with lavish gifts from the network? And Whitney’s trip to the Kentucky Derby, most likely came with some perks.”

Do you think Whitney Bischoff really misses Chris Soules, or is she just faking it to keep the producers of The Bachelor happy? Will they announce their break-up the same week as The Bachelorette premiere? Are you still holding out hope that they might get married, or are you as convinced as we are that their engagement is completely fake? Let us know what you think in the comments below!