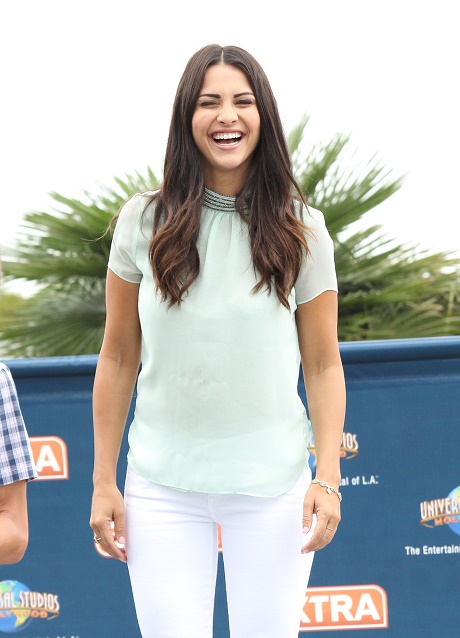 The wedding between Andi Dorfman and Josh Murray is cancelled and the sham couple has split! Bachelor blogger and spoiler guru Reality Steve took to Twitter on January 8 to announce that 2014 Bachelorette Andi Dorfman and Josh Murray’s official break up and to report tht they are not getting married! Reality Steve tweeted, “SPOILER: Sorry to be the bearer of bad news, but Andi and Josh have broken up. You will be hearing it shortly.”

CDL has been covering Andi Dorfman and Josh Murray’s sham of a relationship since the 2014 Bachelorette finale and warning you that Andi was a famewhore fake. The couple’s engagement was basically over before it started when runner-up Nick Viall announced on live TV that Andi had cheated on Josh Murray with him. Andi Dorfman promptly quit her job as an attorney in Atlanta so that she could pursue a career in the entertainment world and try to land another TV show – which only infuriated Murray more. It became increasingly obvious to anyone that was following the couple that Andi was clearly using their engagement as a publicity stunt and Josh Murray’s family knew it – that is why they have been feuding with Andi for months!

Andi Dorfman has tried desperately to prove CDL wrong and has been active on social media posting messages to her followers about her and Josh Murray’s wedding plans – which is why everyone was baffled on Monday, January 5th when she announced during the Bachelor premiere that she and Josh were putting their wedding plans on hold. That was a clear sign that there was trouble in the Bachelorette couple’s fictional paradise. There is a good chance that Andi and Josh had already broken up – but she forced her fake fiance to attend the premiere with her and put on a faux front like she has done during past events.

Are you shocked that Andi Dorfman and Josh Murray have finally called it quits, or did you see it coming a mile away? How long do you think that they have really been broken up? Now that you see the fake smile Andi was rocking at the Bachelor premiere do you understand what kind of fakery she is capable of? Let us know what you think in the comments below!