Christina Aguilera And Matt Rutler Fighting Over Pre-Nup: Wedding Cancelled, On The Verge of A Breakup? 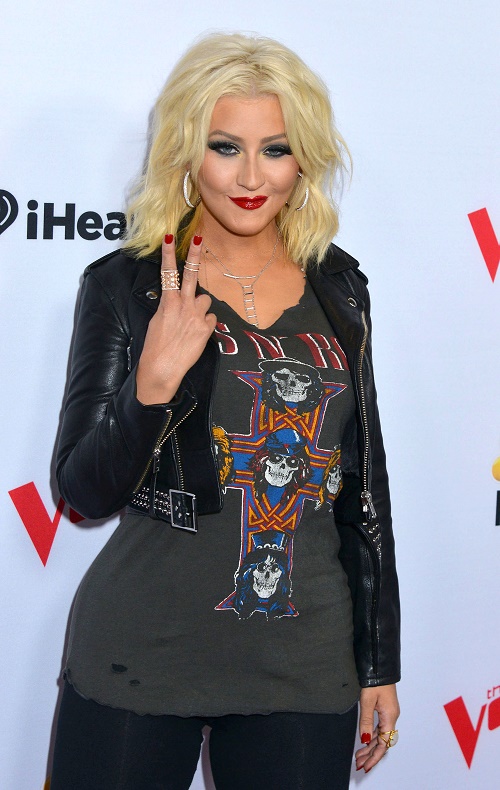 Christina Aguilera and Matt Rutler have been engaged for over a year now, but the couple’s wedding planning has hit a major speedbump – their pre-nup. The Voice coach confirmed in February 2014 that she and her boyfriend Matt Rutler were engaged to be married, and since then she gave birth to Matt’s baby girl Summer Rain – but the couple still hasn’t made it down the aisle. According to a new report, the wedding plans are on hold until the couple can agree on a prenuptial agreement.

Christina Aguilera is making bank starring as a coach on NBC’s hit TV show The Voice – and she wants to make sure that in the event of a divorce, she doesn’t have to share a dime with the father of her daughter Summer Rain. When Christina met Matt he was working as a production assistant, now he is unemployed and Christina is the only breadwinner in their family – which is causing some major fights for the couple.

The June 1 edition of OK! Magazine reveals, “Christina’s lawyers wrote the prenuptial agreement so that he gets virtually nothing if they split. The prenup caused a lot of problems for them. Matt has no financial power and she never lets him forget that.” Does anyone else see some major red flags?

Christina and Matt might as well just call off the wedding now – because their marriage is doomed. First of all, why should Matt even care if he gets a dime in the event of a divorce? At this point he kind of sounds like a gold digger. Secondly, why isn’t he out looking for a job instead of arguing over what money he will or won’t get if they break up?

Do you think Christina Aguilera and Matt Rutler will ever make it down the aisle? Or should they just call the wedding off now? Does Matt have a reason to be upset over the pre-nup, is he being greedy? Let us know what you think in the comments below!