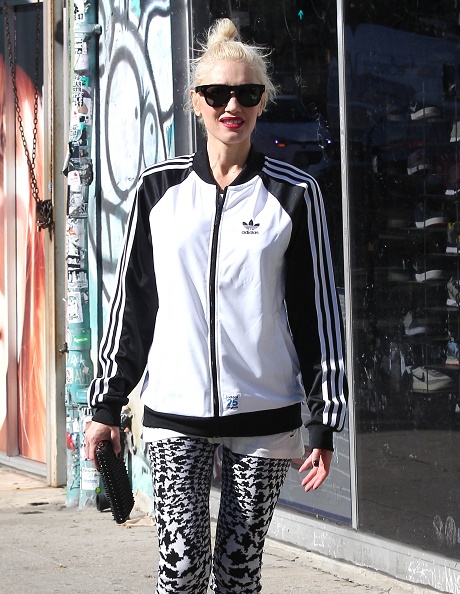 The Voice season 7 is winding down. As things come to an end, so too does the show’s relationship with Gwen Stefani, who’s a giant diva, according to rumors. In fact Adam Levine and Blake Shelton have come to hate Gwen and Pharrell Williams isn’t far behind. Gewn Stefani is a know-it-all who frustrates old pros Adam and Blake and leave them missing working with Christina Aguilera After weeks of eliminations, the judges and voters have finally narrowed the search for the next super star down to the top eight. With Season 7 of The Voice ending, Gwen Stefani will be stepping out as a stand-in judge for Christina Aguilera, and rumor has it the other judges and crew at The Voice couldn’t be happier to see the diva go. Gwen Stefani has apparently worn out her welcome on the NBC singing show.

According to the December 7th edition of Star Magazine, “Gwen Stefani is hitting a sour note on the set of The Voice, thanks to her know-it-all attitude and cruelty towards team members.” An insider dished to the journal about the behind-the-scenes drama with Gwen and revealed, “She had no idea that doing the show would be so time consuming, she gets frustrated that filming can sometimes take six hours. Adam Levine and Blake Shelton have tried to help her, but she just blows them off.”

Star also goes on to reveal that when Taylor Swift recently appeared on the show, Gwen Stefani was not impressed that her set cut in to Stefani’s hubby Gavin’s screen time. And, to add insult to injury, Gwen’s team member Craid Wayne Boyd started taking Taylor Swift’s advice and ignoring hers – which infuriated her. So, come battle time Gwen let Craig go, even though he was clearly the better singer during the battle, which certainly irritated the other judges.

Have you been watching Season 7 of The Voice? Do you like Gwen Stefani as a judge, or can you not wait for Christina Aguilera to return? Do you think there is any chance that NBC will ask Gwen to stay on for another season after all the drama she is causing? Let us know what you think in the comments below!