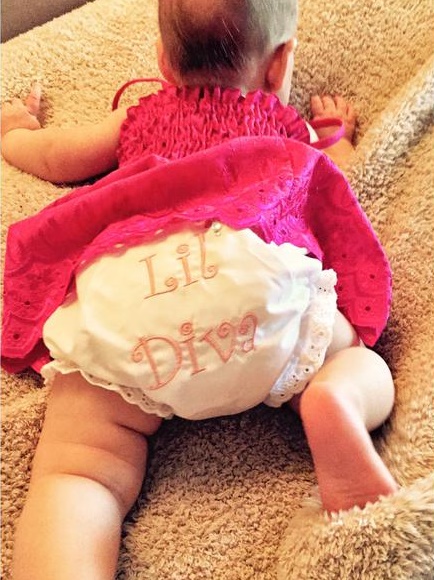 Christina Aguilera finally shared the first photo of her baby daughter, Summer Rain, on Instagram. Summer Rain is Christina’s first child with her husband, Matthew Rutler, but one has to wonder whether she’s planning on having more children and naming them Winter Breeze? While they’re at it, why not Spring Bloom? Or Fall Sunshine?

Anyway, reports are claiming that although Christina Aguilera was offered a ton of money to sell the first photo of Summer Rain to a magazine, she turned down the offers. She apparently didn’t want to feel like she was ‘selling’ her daughter to the media, so she decided to post a picture to Instagram first.

Christina’s actually facing criticism for uploading the photo to Instagram as well, considering that she often complains about wanting privacy for herself and her family. However, this is the first place where I’ll actually defend her. Yes, Christina uploading a photo of her daughter to Instagram goes against the whole wanting privacy situation, but at the same time, the paparazzi were bound to get a picture of Summer eventually. A lot of fairly private celebrity couples have taken to using Instagram or other forms of social media to upload pictures of their children, just so the paps don’t hound them for the picture instead.

As we know, the public is always very interested in the ‘first’ photo of a celeb baby, and this way, Christina gets the first photo out there the way she wants it. The alternate would be her and Matthew getting battered by paparazzi every time they stepped outside with their daughter, and really, who wants that?

Anyway, the picture is adorable, and shows the baby from behind, wearing a dress diaper saying, ‘Little Diva’. Christina captioned the photo, “Watch out…another one’s getting ready to conquer the world! #driven #diva2.”

What do you guys think about the photo? Let us know your thoughts in the comments below.