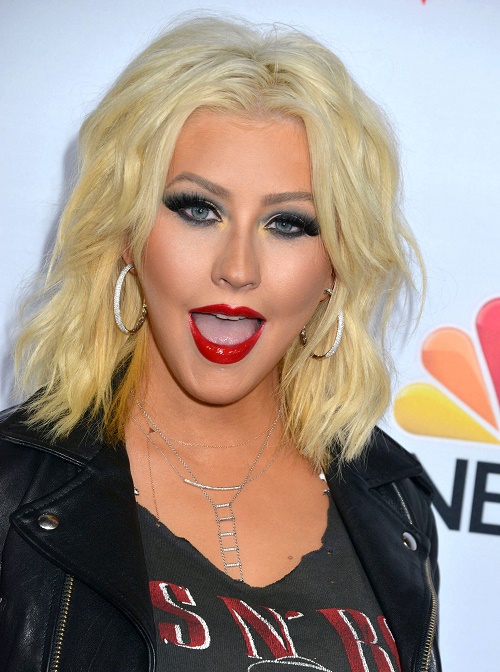 Are Christina Aguilera and Matt Rutler ever getting married? Christina Aguilera announced her engagement to Rutler in February 2014 on Valentine’s Day, over a year ago. Since then, the couple has given birth to their baby girl, and still haven’t made it down the aisle. The Voice coach insists that she and Matt are not in a hurry to get married – but according to a new report the real reason they haven’t said “I Do” yet is because Christina is being a total bridezilla!

The July 20 edition of OK! Magazine reveals that Christina is making wedding plans a total headache for everyone involved and has gone through multiple wedding planners. We totally get that she wants to make her special day extra special – but it sounds like she is going a little over the top. An insider dished to OK! Magazine, “Several wedding coordinators have been hired and fired. Matt’s family has even offered to help, but every suggestion is shot down. It’s her way or the highway.” Apparently, bridezilla Christina has even had a designer create a dress for her, only to change her mind and decide she didn’t like it after the fact.

We’re not psychologists or anything, but this should most definitely be a serious red flag for Matt Rutler. On the other hand, maybe Christina has seen some red flags of her own and that is why she keeps coming up with silly reasons to prolong the planning and even further delay the wedding. Regardless, they are going to have to agree on wedding details soon, before they become the next Jenifer Anniston and Justin Theroux.

Why do you guys think Christina Aguilera is being such a bridezilla? Will she and Matt Rutler ever get married? Let us know what you think in the comments below!