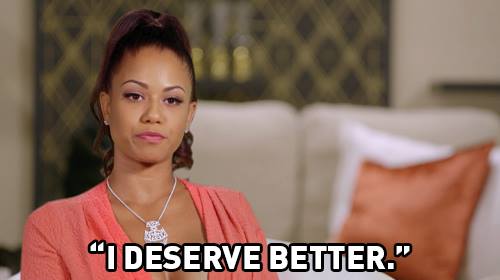 Tonight on E! Christina Milian Turned Up returns with a whole new Sunday January 25, season 1 episode 2 called, “Apologies Are in Order,” and we have your weekly recap below. On tonight’s show Danielle reaches a turning point in her marriage after Carmen’s birthday party is ruined by Richard who, for his part, tries to clear the air and gain forgiveness.

On the last episode, in the series premiere, Christina looked for style inspiration at New York Fashion Week; at the same time, problems in Danielle’s marriage boiled over when she and her husband fought at Carmen’s birthday party; and Christina adjusted to living with Lizzy and her Orthodox lifestyle. Did you watch the last episode? If you missed it, we have a full and detailed recap right here for you.

On tonight’s episode as per the E! synopsis, “Danielle reaches a turning point in her marriage after Carmen’s birthday party is ruined by Richard who, for his part, tries to clear the air and gain forgiveness. Meanwhile, personal chef Lizzy is eager to persuade Christina to invest in her idea for a food truck.”

Tonight’s episode is going to be drama packed, which you won’t want to miss. So be sure to tune in for our live coverage of E!’s Christina Milian Turned Up Season 1 episode 2 — tonight at 10PM EST! While you wait for our recap, hit the comments and let us know how excited you are about the new show.

Tonight’s episode of Christina Milian: Turned Up picks up where we left off last week, it is Christina and Danielle’s mom’s birthday – and they are all screaming at Richard in the kitchen. Danielle kicks Richard out because he is drunk and embarrassing himself and her. Christina has no idea what is going on – she doesn’t even understand why they are fighting. Meanwhile, Richard is screaming that he isn’t drunk and he can feed the baby. Danielle bursts in to tears and cries that Richard is disrespectful, he screams at her to take her wedding ring off and smashed a glass on the floor. Christina’s mom Carmen tries to dissolve the situation and calm Richard down.

The next morning, Christina and Danielle fill Lizzy in on what happened with Richard last night. Carmen explains that it is normal for Danielle and Richard to experience issues since they have a new baby, and reassures her daughter that her and her sisters are there for her. Danielle says that she is going to have a chat with Richard – on his own turf, so he doesn’t feel threatened.

Later Danielle goes out golfing with Richard – and they discuss their fight at her mom’s birthday party. Richard confesses that there is a time and place for everything, he agrees that he owes her mom Carmen a big apology and he is not looking forward to it.
Lizzy wants to open up a food truck, she take Christina and Billy downtown to check out the foodtruck scene. She want to open a “Juban” truck, which will be a combination of Jewish food and Cuban food. Lizzy buys Christina some food – she is trying to butter Christina up, to get her to invest in her food truck. Christina is hesitant though, because Lizzy is wishy-washy when it comes to businesses. Christina says that she isn’t going to invest in a food truck unless she has some say in it.

Lizzy and Carmen decide to meet up with successful Jewish food truck owner to learn what they have to know to run the business. The owner warns them that the food truck business isn’t for the faint of heart. Michelle tells Lizzy that she is going to put her on her food truck so that she can see what it is really like before she buys one. At home Christina decides to spend some time with her daughter Violet, they head out in the driveway to clean the car and splash in the bubbles.

Carmen meets up with Richard for lunch and he surprises her with a bouquet of flowers. He sits down with her and apologizes for ruining her party after Danielle put so much work in to it. Carmen lectures him about his behavior and reminds him that anything he does in the public eye when he is drunk could have a negative effect on Christina’s career. Richard is getting annoyed because he is trying to apologize and all Carmen cares about is Christina’s career.

It’s time for Lizzys big day at the kosher food truck. She learns that she will be working on the chef line – Lizzy confesses that she thinks she is more of a window girl – not on the line. They open for business and Michelle starts barking orders at her and yelling at her to stop talking and work more. By the end of the day, Lizzy confesses to Michelle that running a food truck is not her cup of tea and she has changed her mind and won’t be buying one.