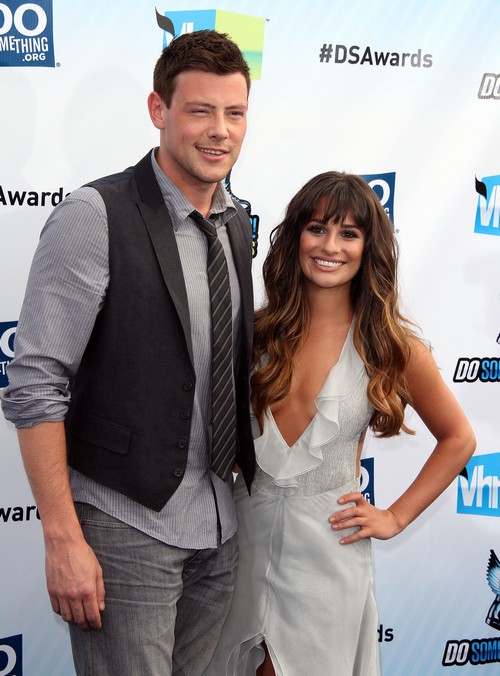 Cory Monteith would have been 33 today, May 11. The ‘Glee’ star was with a promising future but had a drug addiction that two trips to rehab couldn’t break. Many still remember the good-looking kid with a voice that helped him win his big break in 2009. Monteith’s life, career, addition, and death are still on the minds of fans, as the world remembers Cory on his birthday.

High school glee club member, Finn Hudson was a pretty straight-laced guy, but Cory began his battle with drugs and alcohol when he was just a kid, dropping out of school at 16. Monteith first entered rehab when he was just 19-years-old. Perhaps the struggling teen’s story might have ended there, but Cory discovered acting and nabbed a recurring role on ‘Kyle XY’ before soaring to popularity as Finn on ‘Glee.’

The 2009 debut of the music and pop culture influenced show resonated with audiences and garnered a following of “Gleeks.” Not bad for a high school dropout. Cory then began dating Lea Michele and his onscreen girlfriend turned supportive real-life girlfriend – some have since claimed it was a fake showmance.

Despite the success and rehab trip, Cory Monteith continued his battle with drugs and alcohol. In March of 2013, the ‘Glee’ star returned to rehab. Producers reworked his schedule to allow Cory plenty of time to get treatment.

In late April, Monteith left rehab looking positive and showing no public signs of any return drug abuse. Fans stood by Cory and the rising star seemed to be doing well. The fan-favorite character quickly jetted off to Victoria, British Columbia to enjoy a vacation with Lea Michele after finishing his stint in rehab. In June, Cory returned to the public eye with his first red carpet appearance looking fit and healthy.

A rep confirmed the sad news on July 13, stating, “We are so saddened to confirm that the reports on the death of Cory Monteith are accurate. We are in shock and mourning this tragic loss.” An investigation revealed that Cory returned from spending time with a group of friends, and entered his room alone. An autopsy and toxicology report completed by The British Columbia Coroners Service confirmed Monteith’s death was caused by an overdose of heroin and alcohol.

Today, nearly two years after his death, Lea Michele tweeted a message to her late boyfriend stating, “I know you’re serenading everyone right now.. We love you Cory! Happy Birthday..” Their relationship and rumors of Lea’s diva behavior seems to have subsided as Lea has moved on with model Matthew Paetz last summer.