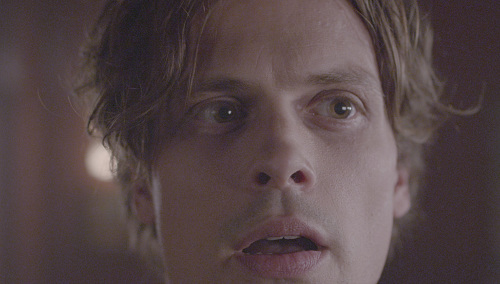 Tonight on CBS Criminal Minds continues with an all new Wednesday October 21, season 11 episode 4 called “Outlaw,” and we have your weekly recap below. On tonight’s episode three restaurant workers are killed during a robbery in Las Vegas, N.M.

On the last episode, brides-to-be were murdered on the eve of their nuptials in Savannah and a jilted lover was  suspected. Did you watch last week’s episode? If you missed it we have a full and detailed recap right here for you.

On tonight’s episode as per the CBS synopsis, “three restaurant workers are killed during a robbery in Las Vegas, N.M., and it prompts the BAU to reopen a cold case that occurred in the town six years earlier.”

In Las Vegas, New Mexico a recent robbery and homicide has managed to capture the BAU’s attention. It seems the crime itself was reminiscent of a similar case that had happened in the area almost six years ago so the federal agents boarded their plane to see if there was a possible connection between both cases.

However they needn’t have bothered with their questions once they landed. The townspeople apparently didn’t have any doubts about it being the same guys as before and the father of one of the earlier victims had shown up at the police station demanding justice finally be done. He said he thought the police were going to catch his daughter’s killer six years ago yet nothing happened. So he didn’t entirely believe a group of federal behaviorist was going to finally get the job done.

But he did make Rossi promise him that he and his people were going to do everything possible to pay the killers pay. And on their first day on the job, the BAU were able to make head-waves that the prior investigation had never picked up.

For example, they did prove that they were looking for one of the same UnSubs as before but a new level of psychological sadism showed a second and different partner had been involved in the latest case. So that lead the BAU to believe their UnSub had picked up this new partner that he felt was kindred spirit after something happened to his last one. And that it was this new partner that had arranged the victims to all watch each other in their final moments.

Sick yet such behavior did lead Garcia to identifying a man named Lester Turner. Turner had recently been released from prison after he attacked a teenage girl and made her little brother watch. So the BAU were able to find him easily enough and seeing as he was locked up until a few months ago – they knew who had been the UnSubs from six years ago.

Lester had apparently made friends on the inside. He buddied up to both William Duke Mason or Duke as he likes to be called and Benjamin Wade who had been put away on an armed robbery charge. It seems they try to set fire to a cashier which again is similar to the BAU’s case. Therefore it had been Duke and Wade that had gone on the killing spree before and it was Duke and Lester that was on a killing spree now. Duke had been released around the same time as Lester so they probably met up on the outside.

And oddly it was Lester that was proving to be the most violent.

Following the second set of murders that had drawn their attention, a new video emerged of Lester going on a solo spree in order to rob a pharmacy of meth. So the team knew the drugs was amplifying their UnSubs’ behavior yet they wondered why Lester went out alone. And that’s when they began digging into Duke’s past.

Duke had lost his father early in life and his mother uprooted him when he was teenager. She moved them to Las Vegas, New Mexico and Reid believes that’s why Duke came to hate the town. However he had been dating someone prior to going to jail and his girlfriend had gone on to have a child. So the team thought the breakdown in the partnership happened right around the time Duke found out he was a father. Such a thing has been known to change a man’s perspective.

Although Lester and Duke had had plans back in prison of opening up a motorcycle shop in Mexico. Meaning Duke must have let his friend down if he refused to leave without his family.

So it’s make sense for the guys to have split up over how they want to retire from their life of crime. Though thanks to kidnapping his ex-girlfriend and son, the BAU were close to capturing Duke. And on some level Lester must have known that Duke couldn’t make it with two people dragging him. Which is most likely why he turned around to get Duke and the two later found themselves in a stand-off against the police.

Neither of the guys had been worried about dying but it was until Duke saw the police take his son that he just gave up. He allowed them to kill him and Lester.

And at the end of all of it, the town was left in a better place.