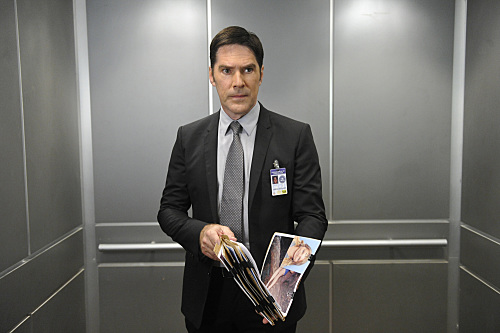 Tonight on CBS Criminal Minds continues with an all new Wednesday October 14, season 11 episode 3 called “Til Death Do Us Part,” and we have your weekly recap below. On tonight’s episode Brides-to-be are murdered on the eve of their nuptials.

On the last episode, when a Los Angeles bus was attacked with sarin gas, the BAU had to act quickly to find the suspect before a larger-scale incident occurs. Did you watch last week’s episode? If you missed it we have a full and detailed recap right here for you.

On tonight’s episode as per the CBS synopsis, “Brides-to-be are murdered on the eve of their nuptials in Savannah and a jilted lover is suspected.”

Tonight’s episode looks like it is going it going to be great and you won’t want to miss it, so be sure to tune in for our  coverage of CBS’s Criminal Minds at 9:00 PM EST!

The team has a case about an UnSub that hates brides or more importantly brides that have somehow been deemed unworthy of a wedding. And then proceeded to kill his victims so these brides’ wedding days turned into a wake.

Though, by time the BAU got the case, two women had already brutally murdered. Both victims were found strangled and in one case the woman had even been strangled with her own “Bride to Be” sash. So the team was trying to figure out the significance of that sash and what it could mean to their UnSub as the boarded the plane.

For it was the sash that played an important part in how the UnSub killed its victims. For instance the actual bodies and location of where they were dumped hadn’t been hidden at all. It was laid out for everyone to see. So that meant the UnSub wanted them to be easily found and yet that doesn’t explain why the victims each had their heads wrapped in their sashes. Now that could be way for the UnSub to create their own personal funeral shroud for their victims but Dr. Lewis had also suggested that could be a sign of remorse.

But if the UnSub is having remorse, it didn’t appear to be stopping their acceleration. The first victim was found three months ago and the second victim was found two days. Yet sadly Madison Mills went missing while the team were still on the plane. So the agents couldn’t wait around to start their profile – they had to begin the moment the hit the ground.

And to start with, they had to look at their victims in order to find common behavior. Brandy Greene and Ashley Wilcox were both bar-hopping on the night they were murdered. Meaning they were plenty of drinks and that there was a chance they might have been seen as easy prey. Which isn’t victim blaming, but all the same, it needed to put on the table.

If these women were seen as easy and then went on to turn someone down – well that could have caused said someone to want to prove their alpha dominance. So the BAU first act was to look into men that have known problems with rejection. And could have had a run-in with the brides.

However they were going about their investigation wrong by doing so. They simply assumed the UnSub was a man who could have been left at the alter himself. Who probably saw the bridal sashes as a trigger and then targeted women who were acting as substitutes for him. But the UnSub was a woman.

And the BAU hadn’t figured that out until after the body of Madison Mills was found.

The third victim proved a theory that none of the deaths were about sex. The victims hadn’t been touched in that way and Dana their UnSub had slipped up when she wrote on Madison’s head. She had used the word “Slut” and Dr. Lewis said that linguistically that’s a word a woman would use.

So the team assembled and gave an official profile to the police. They told them they were looking for a woman who was possibly used as a vendor for the weddings but who was also deeply depressed over a man that either did not love her back or was already engaged to someone else. Which then could have caused a breakdown in her psychosis.

And their profile described Dana to a tee.

Dana wasn’t as pretty as her sister Nicole yet Nicole was the one that got Ryan. Ryan had returned to town right around the time that Dana stopped taking her anti-depressants. So there was depression and it was true that she eventually veered off from reality.

Dana began to believe that she was secretly in a relationship with Ryan and had even set up a wedding registry for them. Though she was only one buying things from that registry and sending it to herself. And where the other brides came in – Ryan had approached them all to work at their weddings seeing as he’s a wedding photographer and sometimes he would flirt with the brides and bridesmaids so that they remembered to pass on his card.

So Dana would kill those women that threatened her relationship and when Nicole and Ryan got engaged – Dana no longer saw Nicole as her sister.

But the wedding announcement did alert the BAU to their UnSub. They looked into Nicole’s life and found her sister Dana. Dana who was the older one yet their mother chose to leave the flower shop to Nicole. Then they found Dana’s registry.

And tracking her down before she could hurt her sister wasn’t hard, Dana had kidnapped Nicole and sent Ryan a message to meet her from Nicole’s phone. So the team found her at her faked wedding. She had tied up her sister so that Nicole could act as a witness. Only Ryan didn’t know what was going on when he got there

Thus Lewis and Hotch made Ryan and Nicole pretend that Dana really was in a relationship with Ryan to get her to drop her knife. And afterwards, she was quickly taken into the custody where hopefully she’ll never be able to anyone else ever again.

Yet Dr. Lewis no longer felt shy about hiding her engagement ring and had it on full display on the plane ride back home.