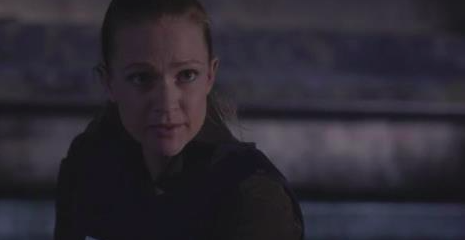 Tonight on CBS Criminal Minds continues with an all new Wednesday November 18, season 11 episode 8 called “Awake,” and we have your weekly recap below. On tonight’s episode the BAU hunts an UnSub in Phoenix who is kidnapping victims and depriving them of sleep.

On the last episode, the BAU helped Rossi’s journalist daughter, Joy (Amber Stevens West), investigated the disappearance of a college student. Also, the team was alarmed when Giuseppe Montolo (Robert Neary) died in prison after he warns Morgan about the “Dirty Dozen,” an underground group of hitmen, and JJ returned from maternity leave. Did you watch last week’s episode? If you missed it we have a full and detailed recap right here for you.

On tonight’s episode as per the CBS synopsis, “the BAU hunts an UnSub in Phoenix who is kidnapping victims and depriving them of sleep. Also, Hotch and Garcia deal with the threat from the underground hitman group.”

Under Hotch’s order, Garcia had been put into protective custody. Last week it was revealed that the same assassins that she had been tracking were in turn tracking her. So on tonight’s episode of “Criminal Minds” a whole slew of safety protocols have been put in place.

Though fortunately it’s not bad enough for Garcia to actually be benched from investigations. An Unsub out of Arizona has been abducting and murdering men using sadistic forms of torture.

Steven Jackson was the first victim. He was young as in the mid-twenties to mid-thirties range and he lived alone. Yet for some reason Steven had been targeted by the UnSub. Then tortured beyond all reasoning.

He had been beaten, starved, and forcibly sleep deprives because the Unsub had stapled his eyelids open. However the cause of death was a massive heart attack brought up by electrocution. So one of the first things that the BAU figured out when they took at his autopsy was that the Unsub clearly wanted something unattainable from its victim.

But sadly Steven hadn’t been the only victim to be killed over something he had not control of. Lance Coleman had been the second victim and he had still be alive when the BAU arrived in town. Only there had been no rescue for him.

Lance’s torture had been even worse than Steven’s and his death had actually been further drawn out. Yet finding Lance’s body helped the team come up with their profile. For it was with Lance that the team realized their Unsub had begun to escalate.

As stated with their profile, they were looking for a white male in his thirties to early forties and they said that his goal had mostly become a compulsion. Meaning he had a motivation that had been the driving behind his crimes but that there was also a chance that he didn’t know how to stop even he wanted to. Although with his PTSD, which had been a part of the profile, there were odds he didn’t want to stop hurting others if it meant he didn’t have to feel his own pain.

And there had been one last part of their Unsub’s profile that the team knew would not change. They knew their Unsub was only hunting on one interstate highway and that his hours of operation were between one and two am. So they had Garcia do a search and she didn’t come up with any accidents.

She found a police report for a child abduction. Apparently William Taylor had been driving home one night after his daughter’s recital when he began to feel tired. He had just worked back to back shifts at his salvage yard and was afraid to fall asleep while he was driving. So William pulled over at a rest stop for what hoped would a ten minute nap but what was actually hours of sleep. And when he woke up, his five year old daughter Tatiana had been missing.

So it was the abduction that was William’s trigger. He had been sleep deprived that night and that’s why he ended up depriving his victims of sleep. He wanted to make them feel like he felt and, in his head, he somehow made it out to be their just deserts.

William had sworn that someone had tapped on his window that night and that it had been a man with skull tattoo. However it doesn’t matter if that’s what happened or if it had been a figment of William’s sleep deprived mind – he soon came to believe that every man he came across on that interstate had been the man with the skull tattoo. The same man that had abducted his daughter.

But the abduction had happened months ago and so JJ questioned why William would only start killing in the last week.

So that’s how they found out that Tatiana’s body had been found. After weeks and weeks of looking, the little girl’s remains had been found in the dessert not that far from the rest stop she had disappeared from. And so killing guys he believed had information on his daughter was the only way that William could cope.

And later when the BAU found William before he kill a third victim, he still didn’t want to give up his delusions. He wanted his daughter to still be alive so he chose death rather than coming in on his own reconnaissance. Though only Lewis felt the man with the skull tattoo might not have been all in William’s mind.

Police believe that William’s daughter wondered off but Lewis didn’t think the little girl would wander off that far on her own. And sadly she was the only one that felt that way. Therefore that same man that had taken little Tatiana had ample opportunity to find another single parent with a child in the backseat.