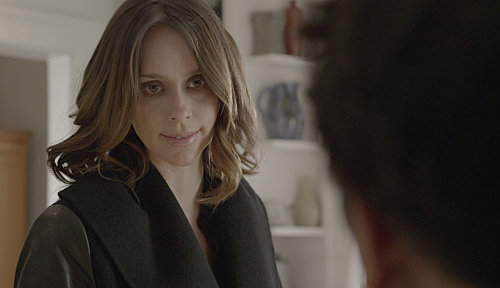 Tonight on CBS Criminal Minds starring Thomas Gibson and Shemar Moore continues with an all new Wednesday February 11, season 10 episode 15 called “Scream,” and we have your weekly recap below. On tonight’s episode, victims in California have the BAU searching for an UnSub who may have witnessed abuse as a child.

On the last episode, when an Indianapolis coffee shop was blown up and a hero emerged from the wreckage, the BAU tried to protect that person and his family while searching for the UnSub before more incidents occur. Did you watch last week’s episode? If you missed it we have a full and detailed recap right here for you.

On tonight’s episode as per the CBS synopsis, “Victims in California have the BAU searching for an UnSub who may have witnessed abuse as a child. Meanwhile, Kate shows parental concern when her niece, Meg, makes a date with a friend to meet a boy they met online.”

On tonight’s all new episode of “Criminal Minds”, the team’s UnSub is trying to relieve some old and frankly disturbing memories of his childhood. And he’s killing women in order to do so.

Peter it seems has something against submissive women. All of his victims so far have been described as having low esteem and often letting others, most especially men, speak for them. Yet, when Peter takes his victims, he makes them read from a script.

One they have to know by heart else they’ll only make him angrier!

And though they follow his script of a battered wife – Peter still kills them. He beats them up as if he was still in the role of an abusive husband and then he slits their throats. Almost as if he wants to silence them.

Hence, Peter has become something of a priority for the BAU. So far there have only been two victims but Peter has already shown signs of escalations between both murders. And that means if they don’t catch him – he’s just going to keep on killing.

You see, an early profile revealed Peter was looking for something throughout his killing sprees. And the longer it takes to find this elusive trait in his victims – the more he tortures them before ultimately killing them. However, he acted very differently than usual with his latest victim.

Greta was actual a victim of abuse and she was a mother on top of it. So she ended up being extra special. At least special enough that he was willing to leave a witness to the kidnapping behind.

The team arrived in town just after Greta was taken. And they quickly had to work on giving a full profile for their UnSub.

Without knowing his name, his line of work, or anything about him the team described an older white male who must have been a child when he witnessed his father beating his mother. And typically in cases of nostalgia, their UnSubs would claim certain trophies. So they looked back at their victims and Reid told them what he thought about when he heard their victims’ stomach contents.

It seems they were all given an old remedy for sore throats and so the team suspects their UnSub is recording his victims’ screams in order to play out his childhood whenever he wants.

And it was pretty sick childhood too. Garcia looked into records dating almost thirty years ago and she found a little boy named Peter Holden. Peter’s father had beaten his mother often enough but one time he must have simply snapped. Because on day Peter’s father slit his wife’s throat and then he shot himself.

So the team interviewed the officer that responded to most of the domestic call coming out of that house and he was essentially the last piece of the puzzle.

Officer Folkmore could never get Peter’s mother to confess to any abuse. She would always claim to have fallen or trip. So on one of his visits, the detective had given the young a peter a cassette recorder. Then he told Peter to record his parents when things got roguh.

The plan was to capture the abuse and finally remove the father from the household. However, Peter’s first try ended up capturing his parents’ murder suicide. And years later, after he had reported a fire that had destroyed several valuable “items” in his home; Peter started to kill women in the same fashion in which his mother died.

So rather than merely recording his victims’ screams – Peter is trying to replace the last recording he has of his mother!

And after Peter’s parents died, he was taken into foster care. So Garcia had a hard time tracking him down. But once they met the detective, Kate realized he must have taken on someone else’s last name rather than try to invent a new one. So why not the only positive male figure he’s ever had!

Peter Folkmore worked in a battered women’s shelter (that’s where he met his latest) and he had a listed address.

So the team conducted a raid and was able to reach Greta before Peter could kill her. Luckily or however you wish to see it, Peter didn’t make it through the raid. And the case was brought to a happy end.

But Kate’s personal’s life looks about its about to become a new case. Her niece that she’s been raising has recently gotten herself involved with a guy she met online. And though she thinks he’s a teenager – he’s actually a much older pedophile.