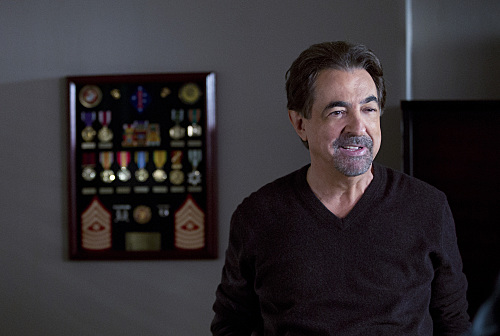 Tonight on CBS Criminal Minds starring Thomas Gibson and Shemar Moore continues with an all new Wednesday February 4, season 10 episode 14 called “Hero Worship,” and we have your weekly recap below. On tonight’s episode, when an Indianapolis coffee shop is blown up and a hero emerges from the wreckage.

On the last episode, the BAU revisited its origins when they looked at one of Rossi and Gideon’s old cases to track a killer that got away. Did you watch last week’s episode? If you missed it we have a full and detailed recap right here for you.

On tonight’s episode as per the CBS synopsis, “when an Indianapolis coffee shop is blown up and a hero emerges from the wreckage, the BAU tries to protect that person and his family while searching for the UnSub before more incidents occur.”

Spencer remains in throes of grief on tonight’s all new episode and, unlike, everyone else he doesn’t want to find a way to accept Gideon’s passing. So he’s been hiding out at work and avoiding going home until the last possible second. And, while normally, that would have been considered worrisome – the brilliant Reid focusing throwing himself into his work is what the BAU needs now more than ever.

There have been two cases of a public bombing coming out of Indianapolis and the team has every reason to believe the two occurrences are linked.

Earlier, their UnSub had attacked a school but this latest bombing happened right outside a popular coffee house. So the team knows their perpetrator wants to cause havoc. He wants people to constantly be looking over their shoulder. But for some reason their UnSub is shying away from seeking fame.

Usually bombers claim these incidents or at least give a reason as for why. Yet so far their UnSub has remained silent. And the team later theorized that maybe their bomber didn’t make a claim is because he’s not quite finished. Evidence taken from the school and coffee house show he’s learning the tricks of the trade and escalating his attacks.

So, upon hearing of escalation, Rossi and Morgan thought their UnSub would then target another place that would grant him even more casualties than coffee house bombing. However they were ultimately wrong with this assessment when a 911 call came in from Allen Archer.

Allen was being deemed a hero all over the news for helping a pregnant woman out of the coffee house after the explosion. Apparently, he saved her and her child’s life but, sadly, it seems that the UnSub had become jealous of Allen for doing so. And that’s why when Allen went out to his car – he found it had been rigged to explode if he tried to leave and took his foot off the brakes.

The bomb squad and the BAU were both called. Yet Morgan and Reid were the first on the scene. So they took it upon themselves to act and disarm the bomb without any sort of backup.

Luckily, they saved Allen but the team later feared they saved Allen from a device of his own making. How did Allen know there was a bomb under his car? He’s not trained in any way whatsoever and unfortunately he’s looking more and more suspicious.

You see Allen was his wife’s Brenda’s second husband. Her first husband died in Afghanistan. It seems that Brenda never really moved on from her heroic husband that used to defuse bombs for a living. So Allen could have been competing with this dead man throughout his entire marriage.

Hence Allen had a reason to fake being a hero but as it turns out he was also a copycat. Because, once he cracked under pressure, Allen confessed to only planting the bomb at the coffee house. And that explains why it had originally looked like the UnSub had escalated.

Allen hadn’t known about bombs as much as he thought so when he planted the one at the coffee house – he accidentally planted it right on a gas line. Hence, the bigger explosion than the one at the school. But the real UnSub had then targeted Allen when he realized who had stolen his thunder.

So, in order, to lock up both bombers – Hotch devised a plan using Allen as bait. If the UnSub is so jealous that he would target Allen not far from his home then Hotch figured if they held a press conference where Allen got a key to the city – it would push their UnSub into acting.

And they were right. James, that’s his name, did come out of hiding in order to “create a scene” but that wasn’t always his intention.

The school bombing happened after the board had fired James for sleeping with one of the students. Technically, the teenager was 18 but they still fired him for gross misconduct. So the first bombing happened out of revenge.

However, what came next was subsequently Allen’s fault. James wanted to teach Allen a lesson and was caught before he could blow up City Hall.

And though this case pushed Reid to his limits, he came out in the end better. Not healed but just better. He started to play chess again and even found himself a new partner – Rossi!