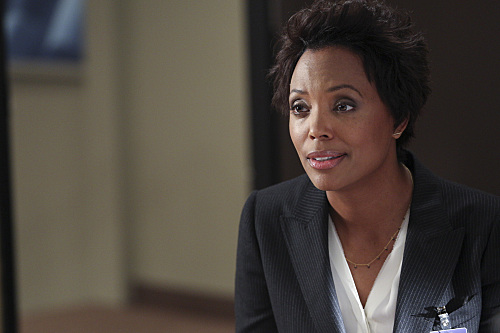 Tonight on CBS Criminal Minds starring Thomas Gibson and Shemar Moore continues with an all new Wednesday September 30, season 11 premiere called “The Job,” and we have your weekly recap below. On tonight’s episode season 11 begins with a search for a serial killer who leaves distinctive marks on victims’ faces.

On the last episode, when Kate’s niece Meg and her best friend were kidnapped, the BAU suspected an online predator engaged in sex trafficking. Greg Grunberg (“Alias,” “Heroes”) returns as Kate’s husband, Chris Callahan. Did you watch last week’s episode? If you missed it we have a full and detailed recap right here for you.

On tonight’s episode as per the CBS synopsis, “season 11 begins with a search for a serial killer who leaves distinctive marks on victims’ faces. Meanwhile, a new team member, forensic psychologist Tara Lewis, assists with the case.”

The BAU was down two profilers and yet they couldn’t let a thing like that get in their way if they ever wanted to stop this latest UnSub.

So this new season began with Hotch trying to do the impossible. He had to find a way to push ahead with interviews for the sixth spot on his team. And at the same time, he had to also try to figure out a profile that would helpfully stop a man that liked to paint his victims after killing them.

The UnSub liked to decorate his victims. He usually painted all in the same fashion and Reid was able to decipher what he was doing. It seems the UnSub was recreating a performance of some kind that was seen in the sixteen century. See, back then, actors usually had face paints or say a highly decorated mask to portray what kind of character they were onstage. And by the way he decorated his victims, the UnSub had labelled them all as “tricksters”.

Only in his case, it switched the paint around as part of a deeper message. So Morgan asked a very simply question that proved to be insightful. He wondered out loud why their UnSub was so calm when he’s his painting as their dying. Something like that would need a steady hand and someone familiar with death.

So Reid looked at the face painting again and he determined that the switching part could have something to do with their UnSub. The man they are hunting most likely suffered an injury to his face or better yet to his jaw. And that probably stopped him from eating normally thereby giving him experience in using a feeding tube.

And wanting to pass some of the anger off is where the injections came in.

But based on Morgan idea, the team was able to build a profile. Their UnSub was a hit-man and all the men he later killed were people that had once hired him.

In each of their backgrounds, there was the same amount of money missing. Forty thousand dollars. So none of the victims were innocent and one of them was probably the reason why the UnSub was eventually injured.

So the team was looking for someone playing the revenge game.

And not long after they realized that, Garcia found another man in the area that had paid the same amount of money over the dark net. So they had someone that once hired their UnSub and they knew they had to track this man down before he was murdered. But, weirdly, it wasn’t them that had stopped their UnSub from injecting the recent victim.

Someone else had texted him and that person had warned him about the police heading his way. So with time running out – he changed his MO. He grabbed some industrial glue and glued a grenade into the victim’s hand.

And frankly it was miracle that said victim survived.

Rossi, Reid, and Morgan showed up on the scene not long after their UnSub had made a run for it. And Reid, being the genius that he is, was able to remove the grenade without anyone getting hurt. But the bomb still went off and evidence was destroyed.

So all the team had left was the victim that lived. And he told them that he had never gotten the hit-man’s name. The job was done anonymously and afterwards he hired a different hit-man to kill the first one.

A pretty cold way of looking at life but he hadn’t wanted any loose ends.

And that little detail he provide the police with was what got the team a name. A man named Montolo had been taken into the hospital after suffering a wound to the face. But Montolo then disappeared before the police could arrive to question him.

Yet, with his job being the way it is, Montolo didn’t know which of his clients had turned against him. So he had been killing all of them until he got that mysterious text message. And tracing that they found out that Montolo had someone on the inside warning him.

Captain Wilson was one of the local police force and he’s someone else that had a large amount of money missing from his accounts. Though his wife later confessed to being the one to actually hire Montolo. She did it to get rid of her former dealer and didn’t think anything else was going to happen.

But after he got injured, Montolo promptly moved into her house in order to use it as a base.

He made sure her husband the captain knew what she had done and used that information to get the couple to do what he said. Even using the wife to drive him to his victims’ place of residence. So although the couple wanted nothing to do with him – they were unfortunately turned into his accomplices.

And they eventually turned on him. They helped the BAU bring Montolo in and Montolo had one last message for everyone. He said “this wasn’t the end” and that might mean the other guys like him could very well being paying a visit in the future.

As for a spot on the team, Hotch ended up loving Dr. Lewis. She came in for an interview and waited around for 36 hours until ultimately she helped the unit talk Wilson through his betrayal. So she’s kind of a hero on her first day.