Dancing With The Stars 2015 Predictions: Who Will Be Voted Off DWTS Week 4 – Gary Busey, Paula Deen, or Andy Grammer? 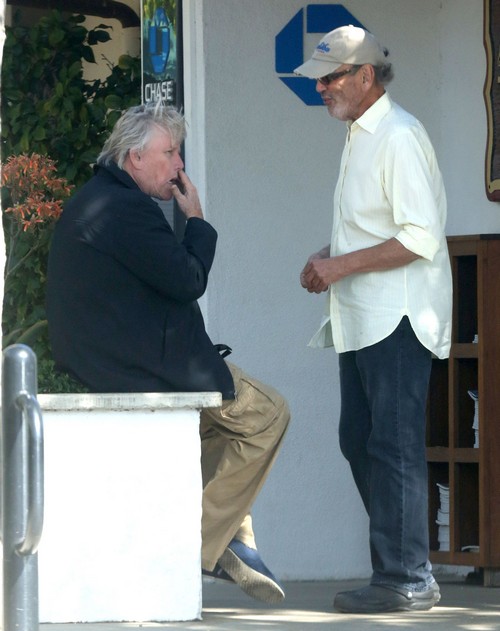 Who will be voted off Dancing With The Stars Season 21 in Week 4? Dancing With The Stars 2015 spoilers tease that on Monday October 5 another celeb contestant and their pro partner will be eliminated, based on the judges’ scores and America’s votes. Our DWTS predictions are pretty standard this week – there are some obvious celebs that will be voted off before we get down to the nitty gritty and it gets really exciting and unpredictable.

So, who will be eliminated from Dancing With The Stars next? Gary Busey and Paula Deen have already defied all odds and made it through three whole weeks of eliminations. Seriously, who would have thought? In their defense, one of them probably would have been voted off during Week 3 if Kim Zolciak and Tony Dovolani hadn’t been eliminated from the competition early due to her mini-stroke. Going in to Week 4, Gary Busey and Anna Trebunskay scored a 25/40. Paula Deen was at the bottom of the leaderboard, the celeb chef and her pro partner Louis van Amstel scored a 20/40.

At this point, we would be thoroughly shocked if anyone other than Paula Deen or Gary Busey was voted off Dancing With The Stars in Week 4. Although, singer Andy Grammer has been scraping pretty low scores in from the DWTS judges – and he doesn’t have a super huge fan following to keep him afloat like some of the other contestants who have been in Hollywood for years.

Social media star Hayes Grier was in the bottom four after his Week 3 performance – the judges weren’t as impressed as usual with the youngster. But, he has enough obsessed teenage girls voting for him regardless of how he dances that he should be safe for a few more weeks.

What do you think DWTS fans? Who will be voted off Season 21 next? Will it be Gary Busey, Paula Deen, or maybe even Andy Grammer? Let us know what you think in the comments below and don’t forget to check CDL for all of your Dancing With The Stars spoilers and recaps!