Who Will Be Crowned Dancing With The Stars Finale Season 21 Winner: Bindi Irwin Sure to Win? 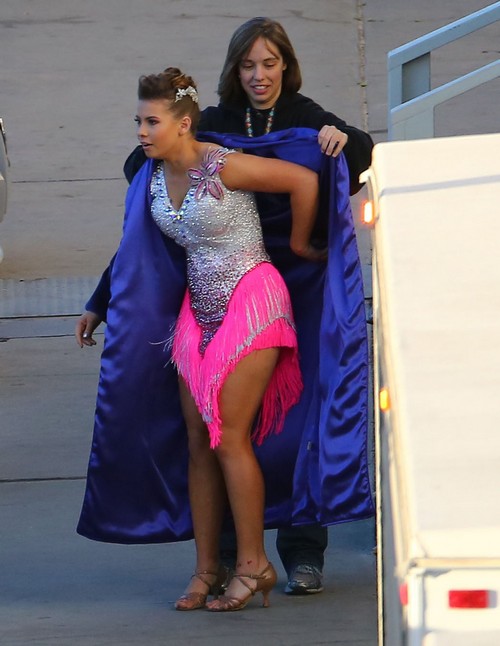 The ‘Dancing With The Stars’ finale will be a two night event, on Monday November 23 the final four celebs competed, and one of them was eliminated at the end of the show. Alek Skarlatos, Nick Carter, Bindi Irwin, and Carlos PenaVega were the final four contestants on Season 21.

Bindi Irwin and Nick Carter were undoubtedly moving on to the final three, the final spot was a toss-up between PenaVega and American hero Alek Skarlatos. According to ‘DWTS’ spoilers, Carlos PenaVega was voted off Season 21 – despite his last two perfect scores from the judges. So the final three dancers are: Bindi, Nick, and Alek.

According to ‘DWTS’ finale spoilers, there is an exciting line-up of performances for the two night event. Ariana Grande, Who Is Fancy, and Meghan Trainor will all be performing live during the final episodes as special guests.

Spoilers also tease that the following recently eliminated ‘DWTS’ celebs will be returning to perform as well: Chaka Khan, Andy Grammer, and Kim Zolciak (who was eliminated by default after missing a show due to a health crisis. Also, former Backstreet Boy Nick Carter will hang up his dancing shoes for a moment to serenade the crowd.

Are you as excited as we are for the ‘Dancing With The Stars’ Season 21 finale? What do you think of ABC’s musical line-up this year? And which couple will win the Mirror Ball Trophy?

Will Bindi Irwin and Derek Hough suffer an upset, or will they be crowned the Season 21 winners as predicted? Let us know what you think in the comments below and don’t forget to check CDL for all of your ‘Dancing With The Stars’ spoilers and news!