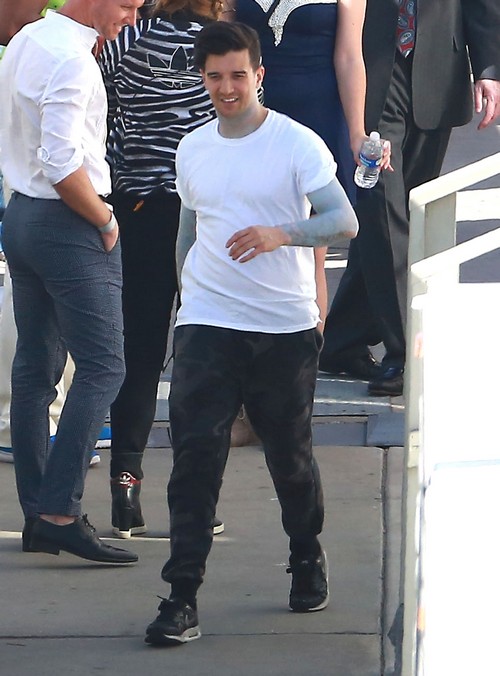 Dancing with the Stars pro Mark Ballas is selling his LA Miracle Mile penthouse, according to an exclusive new report from TMZ. However, the question now is – who is he moving in with and why is he selling such an amazing piece of real estate?

Mark bought the penthouse overlooking LA’s Miracle Mile five years ago for only $679k, which means he’ll make a pretty penny if he gets what he’s asking for. And then, he’ll supposedly take that money and help put it down for a house.

So Mark Ballas wants a house, and an expensive, out-of-this-world condo isn’t enough for him. Is that suspicious to anybody else? Most bachelors are more than happy with condos, especially penthouse condos overlooking the LA Miracle Mile. Could it be that Mark Ballas is trying to find a home for him and his new girlfriend [or new boyfriend, cough], whoever that may be? Usually, Dancing with the Stars pros are very, very open with their new relationship, but it’s odd that Mark Ballas suddenly wants a house when he’s still publicly single, no?

What do you guys think? Could Mark Ballas be moving into a house with a secret girlfriend/boyfriend? His most high-profile relationship has been with Julianne Hough, which was ages and ages ago. However, he’s never had any reasons to hide any of his relationships, which makes me think that either he really does want a house – or his new partner is someone that he doesn’t want the public finding out about.

Do you agree? Disagree? Or do you think Mark just wants a home because he’s growing up and wants a solid real estate investment? Let us know your thoughts in the comments below.