‘Days of Our Lives’ Spoilers: Nathan Owens Returns to TV – Aiden Comes Clean To Hope, Framed for Killing His Wife? 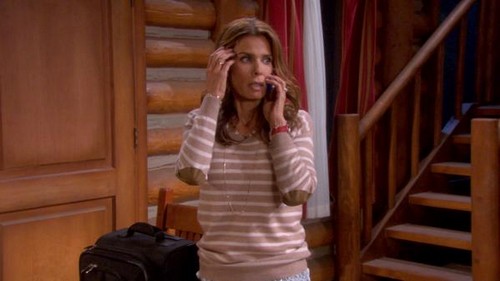 “Days of Our Lives” spoilers reveal that Hope’s (Kristian Alfonso) love life is about to get very complicated. DOOL viewers know that she’s had her suspicions about Aiden (Daniel Cosgrove) for a long time. After finding a recorded message from Aiden’s late wife, she’s starting to doubt his innocence even more. Meredith (Julie Tolivar) basically said that if she turned up dead, Aiden was definitely the killer. Now that Aiden knows Hope watched the recording, he has some explaining to do. “Days of Our Lives” spoilers indicate that he’ll make a shocking confession on an upcoming episode.

Will Aiden admit he murdered his wife or will he have another explanation? Some “Days” fans are hoping that things aren’t as they seem. This storyline has drawn a lot of comparisons to “Gone Girl” and everyone will be waiting to see if there’s a similar twist. In other worlds is Aiden actually not a killer and was he framed for his wife’s death? Whatever happens, Hope will certainly have a lot of new information to sort through. Keep watching “Days of Our Lives” to find out if Aiden’s admission throws her a curveball.

In other “Days of Our Lives” spoilers and news, a former DOOL actor has found a new gig. If you’ve been missing Nathan Owens since he left the role of Dr. Cameron Davis in 2013, you can soon catch him on the lifetime show “Devious Maids.” Owens will be playing the part of a hunky military vet named Jesse. His first airdate hasn’t been announced, but many “Days” watchers will be glad to see him on their screens once again. Owens will join other former soap stars on “Devious Maids,” including Susan Lucci from “All My Children” and Brianna Brown from “General Hospital.”

So “Days” fans, what do you think about Aiden’s confession? Will it be a declaration of guilt or something else? Is Aiden really a crazed killer or is Meredith the one who’s crazy? Can Hope uncover the truth before she meets the same fate as Aiden’s wife? What about the news that Nathan Owens will be a regular on “Devious Maids”? Are you excited to watch him play a new character? Let us know what you think in the comments below and don’t forget to check CDL often for the latest “Days of Our Lives” spoilers and news.