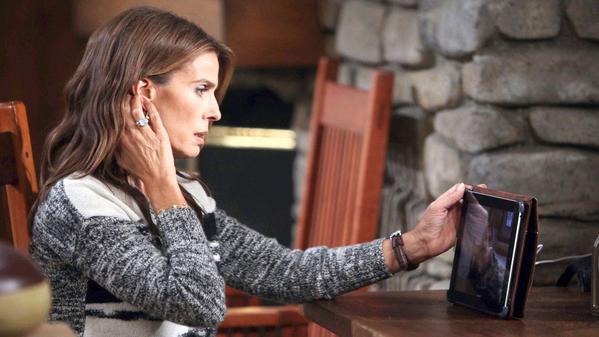 “Days of Our Lives” spoilers reveal that after months of buildup, Hope (Kristian Alfonso) will finally find out what kind of man Aiden (Daniel Cosgrove) really is. She’s been suspicious of him for weeks, but she hasn’t quite been able to figure out what he’s hiding. However, Hope recently found a taped message from Aiden’s late wife that could put things into perspective. When she confronts him with the newly found evidence, Aiden will make a startling confession. Will he tell Hope he killed Meredith (Julie Tolivar) and made it look like a suicide or could there be a less sinister explanation? DOOL watchers have waited a long time to learn if Aiden is a cold-blooded murderer or if it’s all just a big misunderstanding. Stay tuned to “Days of Our Lives” to see what goes down at the beach house.

Some “Days” fans have complained about the slow pace and constant red herrings in storylines like Hope and Aiden’s. In fact, many longtime viewers have called for an overhaul of the writing staff. The latest “Days of Our Lives” spoilers indicate that they’re going to get their wish. According to Soap Opera Digest, Dena Higley and Josh Griffith will take over as head writers on February 16. They’ll be replacing Gary Tomlin and Christopher Whitesell as leaders of the writing team. The change could be just what DOOL needs to boost ratings and get storylines moving again.

“Days of Our Lives” has seen a drop in viewership in recent years and the new hires will likely be writing with that in mind. It helps that Dena Higley is no stranger to Salem. She served as head writer for the show back in 2003 as well as from 2008 to 2011. As for Josh Griffith, he’s had experience writing for several soaps, including “General Hospital” and “The Young and the Restless.” Perhaps this dynamic duo can help with the show’s flow and get the numbers for DOOL back up where they belong.

So “Days” fans, what do you think about Aiden’s surprising confession? Is he a manipulative monster or just a guy with a rough past? What about the writing shakeup? Are you happy about the decision to hire Dena Higley and Josh Griffith as new head writers? Do you think it’s a step in the right direction for the NBC soap? Let us know what you think in the comments below and don’t forget to check CDL tomorrow for the latest “Days of Our Lives” spoilers and news.