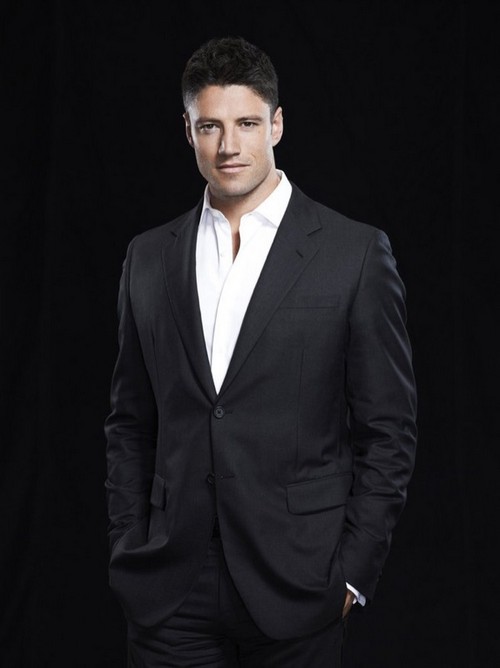 “Days of Our Lives” spoilers reveal that EJ DiMera could be back soon, but James Scott won’t be reprising his role. After leaving “Days of Our Lives” in 2014, it appears he has better days ahead. When James Scott abruptly made the decision to exit the show, many wondered what he would do next. Some soap actors move on to bigger and better things. Others fade into obscurity. While it’s too soon to say which category he’ll fall into, James will at least have another shot at stardom.

According to Soap Opera Spy, Scott has secured the part of Liam in a new pilot called “Wrecked.” If it’s picked up for a full season, the comedy will air on TBS. The story centers on a diverse group of plane crash survivors and just like on “Days,” Scott will be—well, the handsome one. His character will act as a charming leader for the motley crew. Many DOOL fans would be happy to see the former soap star on the small screen again. It would certainly be fun to watch Scott try his hand at a more humorous role. He may not be known for slapstick, but he could easily become the show’s go-to guy for British zingers.

“Days of Our Lives” spoilers have hinted that EJ DiMera could be recast at some point, but James Scott doesn’t seem too worried about it. After all, he has a lot on his plate right now. Along with his new job, he recently married his longtime sweetheart, Kaitlin Robinson. Scott tends to keep his personal life fairly private, but fans were treated to a picture of his beautiful bride thanks to Patti Stanger of Bravo’s “The Millionaire Matchmaker.” Stanger introduced the pair and she congratulated the happy couple in a tweet featuring a photo of Robinson in her gown.

While most “Days of Our Lives” viewers are happy for Scott as he takes on new endeavors, some might be holding a bit of grudge. He was once in hot water over alleged comments that weren’t exactly kind about his fans. However, his time at DOOL proved he has some serious acting chops and the ability to keep up with a fast-paced shooting schedule. No one knows what the future holds, but he might one day look back on the role of EJ as a humble beginning.

So “Days” fans, what do you think about James Scott’s new gig? Are you anxious to see his comedic side or will he forever be EJ in your mind? What about his recent marriage to Kaitlin Robinson? Do you think they’ll be a good match? Let us know your views in the comments below and don’t forget to check CDL tomorrow for all the latest “Days of Our Lives” spoilers and news.