‘Days of Our Lives’ Spoilers: JJ Introduces Paige to New “Girlfriend” in Hopes of Hiding Eve Affair – Cole Asks Paige on a Date 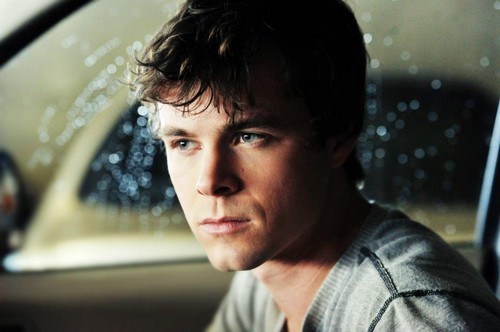 “Days of Our Lives” spoilers reveal that JJ (Casey Moss) has found a new way to cover his tracks and he hopes it will solve all his problems. DOOL viewers know that Paige (True O’Brien) has been determined to find out the identity of his mystery lover over the past few weeks. Since his side chick is Paige’s mother, JJ undoubtedly wants Paige to back off and he believes a new approach can make it happen. “Days of Our Lives” spoilers hint that JJ’s friend from Chicago will show up in Salem to pose as the girl he’s been hooking up with.

JJ will introduce his new “girlfriend” to Paige in hopes of finally quieting her suspicions, but will Paige buy what he’s selling? She’s been stuck on JJ for so long that it’s hard to believe she’ll give up that easily. Plus, JJ continues to romp in the sheets with Eve (Kassie DePaiva) on a regular basis. This is “Days” we’re talking about, which means it’s not a question of if Paige will find out, it’s when. It’s just a matter of time before JJ slips up and it’s sure to create some exciting drama in the near future. Stay tuned to the NBC soap to see how it all unfolds.

It seems another Salemite will encourage Paige to move on next week. Cole (Riley Bodenstab) has had his eye on Paige ever since he came back to town. Paige seems to like him well enough, but her obsession with JJ’s love life has been standing in the way of their budding romance. Once JJ shows off his phony girlfriend, will Paige have a change of heart? It’s tough to say, but you can bet that Cole will make his move. “Days of Our Lives” spoilers indicate that he’ll ask Paige out on a date in an upcoming episode. Will she be convinced to forge ahead with a new relationship or does she need more time to process what she’s been through? Whatever happens, poor Paige has no idea that the biggest heartbreak is yet to come. Stick with DOOL to see the fallout of JJ and Eve’s bad decisions.

So “Days” fans, what do you think about JJ’s new plan? Will JJ be able stop Paige from searching for the truth? What about a possible Cole and Paige pairing? Would you like to see them as a couple? Will Cole serve as a shoulder to cry on when everything finally explodes? Let us know what you think in the comments below and don’t forget to check CDL tomorrow for the latest “Days of Our Lives” spoilers and news.