BY Amanda Austin on March 31, 2015 | Comments: one comment
Related : Days of Our Lives, Soap Opera, Television 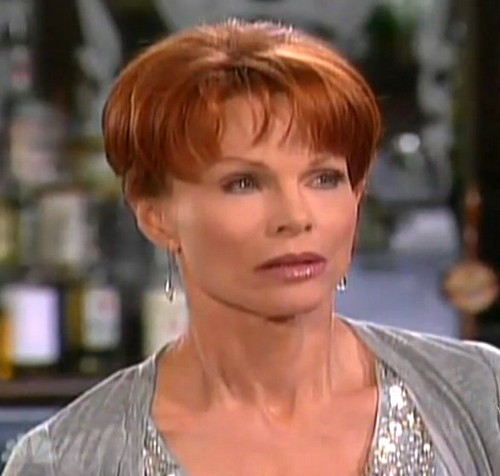 “Days of Our Lives” spoilers and casting news for the NBC soap are confirming that actress Patsy Pease is on her way back to Salem. Pease took to Facebook and shared this message with her fans announcing that her return date to “Day Of Our Lives” will air in April 2015, “”There are 5 shows airing in April (I taped already last Dec.) They are not part of “Day”s 50th anniversary.” Hope that clears things up! Thank you everybody!” DOOL writers and producers have big things planned and some exciting casting in place for the special 50th anniversary episode, but apparently Pease’s episodes will not be airing during that time.

The last time “Days of Our Lives” spoilers revealed that Patsy Pease was returning to the NBC soap was during December 2014 when she made a brief appearance during the holidays. Pease has played the part of iconic DOOL character Kimberly Brady off and on since 1982 when the character was introduced on the NBC soap. Although Pease’s character Kimberly has been of the campus for quite a while and living in Los Angeles, she generally pops in for brief visits during big occasions, Brady family crisis, and holidays.

So, what is bringing Kimberly Brady back in April to Salem? Will she might just stop by for some Easter ham, but we have a feeling that her visit might have something to do with her half-brother Bo Brady. Recent “Days of Our Lives” spoilers have recently confirmed that after nearly three years the NBC soap has resigned Peter Reckell to return as the iconic character Bo Brady. Then again, Pease’s character Kimberly is also the mother of Theresa Donovan, and she always seem to be in some sort of trouble – perhaps her mother has to come running to her rescue.

So DOOL fans, are you as excited as we are to have Patsy Pease back in Salem, even if it is only a brief visit? What do you think is bringing back the soap actress this time? Could it have anything to do with Bo Brady or Theresa Donovan? Let us know what you think in the comments below and don’t forget to check CDL tomorrow for more “Days Of Our Lives” spoilers and news.