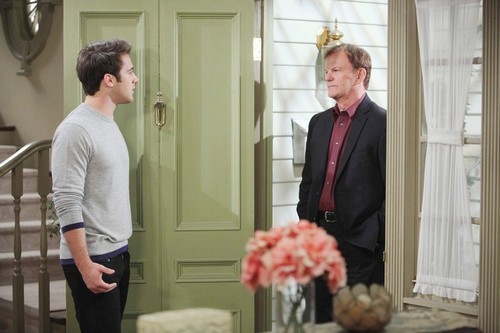 “Days of Our Lives” spoilers for Friday, August 14, tease that Roman (Josh Taylor) will be shocked when he gets DOOL updates on what JJ’s (Casey Moss) has been hiding. Roman thought JJ was trying to do a good deed now that his life is on the right track. In reality, JJ just wants Kyle (Michael Cardelle) to stay away from Paige (True O’Brien) and busting him for drug dealing is the easiest way to achieve that goal. Roman will give JJ an earful for deceiving him and putting their plan in jeopardy. Nevertheless, it’s too late for JJ to back out now.

Will (Guy Wilson) will also find himself in hot water. Paul (Christopher Sean) recently learned that Will had been giving Derrick (Spencer Neville) confidential details from the Sonix Magazine interview. Obviously, Paul was not happy that Will was orchestrating a devious plan to make Derrick look good. DOOL spoilers say Paul will rip into Will for staging yet another ploy to keep him out of Sonny’s (Freddie Smith) orbit. 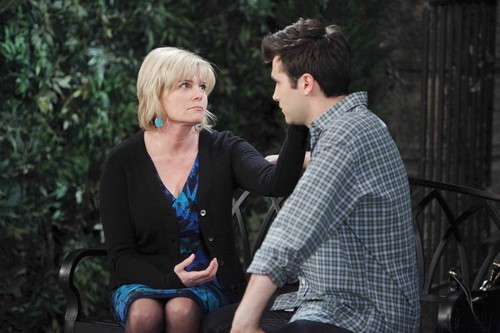 Speaking of Sonny, it appears he’ll get some tough love from his mom. “Days of Our Lives” spoilers tease that Adrienne (Judi Evans) will have a chat with Sonny about his marriage. Perhaps something Adrienne says will have Sonny questioning if he still has a future with Will. There’s a good chance that Sonny will decide to hit the road once he learns the truth about Will’s latest scheme. Stick with “Days” to watch Sonny’s exit next week.

Meanwhile, Ben (Robert Scott Wilson) will make a surprising suggestion to Abigail (Kate Mansi). It seems Ben can’t shake the feeling that Chad (Billy Flynn) will inevitably interfere in his relationship. In Ben’s mind, the only way to make sure Chad steers clear of Abigail is to get out of Salem. Ben will ask Abigail to move someplace else, but they’ll most likely end up staying put. DOOL rumors hint that Chad’s about to run into some major trouble that could affect Abigail as well. Stay tuned to “Days of Our Lives” to see the danger that lies ahead.

So “Days” fans, what do you think about the news that Roman will become privy to JJ’s true motives? Has Will blown his last chance with Sonny? Will Ben’s suggestion throw Abigail for a loop? Let us know what you think in the comments below and don’t forget to check CDL tomorrow for the latest “Days of Our Lives” spoilers, rumors, updates and news.