‘Days of Our Lives’ Spoilers: Is Paige Killed Off – True O’Brien Leaving DOOL? 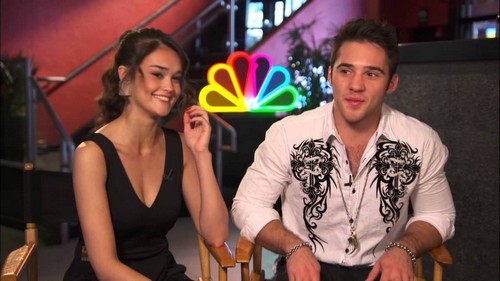 “Days of Our Lives” spoilers reveal that True O’Brien is departing the role of Paige Larson on DOOL. Since her debut on March 3, 2014, Paige has primarily served as a love interest for JJ (Casey Moss) and nothing more. Other than the big reveal of JJ’s affair with Eve (Kassie DePaiva), Paige hasn’t really had added much to Salem’s landscape. It’s no surprise that Paige leaving, but we have to wonder how she’ll go. “Days” rumors hint that the writers plan to compensate for Paige’s lackluster storylines by giving her a dramatic exit. In other words, there’s a good chance Paige will be killed off.

We’ve already seen a little foreshadowing of Paige’s potential demise. Paige certainly hasn’t been acting like herself lately. Paige was once focused on a bright future at Stanford, but now she’s just bent on revenge. As Paige sinks deeper into darkness, she may decide her life has no meaning anymore. However, successful suicide attempts are not the norm on DOOL. It seems more likely that Paige could begin hanging out with Kyle (Michael Cardelle) and fall into the drug scene. Paige could easily overdose if she’s not careful.

There’s also the possibility that Eve’s scheme for vengeance on Jennifer (Melissa Reeves) could be a factor in Paige’s predicted death. “Days of Our Lives” spoilers tease that Eve will soon get her hands on a specific drug to place in Jen’s drink. If Eve’s plan works, Jennifer will begin displaying symptoms similar to schizophrenia. At that point, anything could happen. Jennifer could ram down Paige with her car or cause her to meet some other grisly fate. Who knows what Jen might do if she’s not in her right mind? Since Jennifer has also been somewhat bland lately, maybe this would be a way to spice up her character as well.

Of course, Paige could also get tangled in Clyde’s (James Read) web. Kyle is connected to Clyde and JJ will probably serve as a narc. That means Paige may get caught in the crossfire. Paige could simply end up in the wrong place at the wrong time. Nevertheless, we know that something big is brewing on “Days of Our Lives.” Kassie DePaiva recently wrote on her blog that she’s been filming “some of the most exciting and challenging work” she’s ever done in her daytime career. That’s high praise from a longtime soap star like DePaiva. Whatever’s going down, it should rock Eve to the core. Will Eve have to face the crushing loss of her daughter? Time will tell, but things don’t look good for “Paigey.” We’ll give you updates if any news emerges about Paige’s exit storyline.

So “Days” fans, what do you think about True O’Brien’s departure from the NBC soap? Are you sad to see Paige go or do you feel she was a dispensable character? Would you like to see Paige go out with a bang? If Paige is killed off, how do you think the writers will do the deed? Voice your opinion in the comments below and don’t forget to check CDL tomorrow for the latest “Days of Our Lives” spoilers, rumors, updates and news.