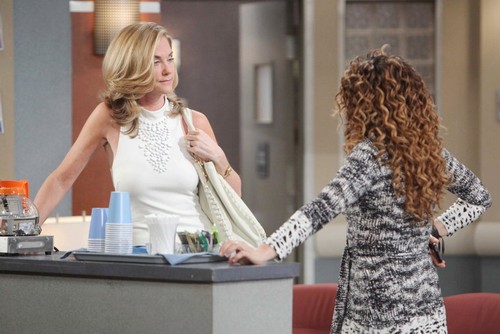 “Days of Our Lives” spoilers for Monday, June 29, tease that Paul (Christopher Sean) will have an intriguing chat with Derrick (Spencer Neville). DOOL viewers will remember Derrick as the meddlesome bellhop who accidentally filled Sonny (Freddie Smith) in on Will’s (Guy Wilson) affair. Now Derrick could inadvertently stir up some more trouble.

“Days” rumors hint that Paul wants to get to know Derrick for a reason. Does Paul plan on using Derrick to cause strife between Will and Sonny? It’s tough to say, but you can bet that Paul has something up his sleeve. Paul isn’t going to give up his great love without a fight. Stay tuned to “Days of Our Lives” spoilers to see if this is the beginning of a sneaky scheme.

Meanwhile, Brady (Eric Martsolf) will try to make Victor (John Aniston) understand that his circumstances have changed. It’s no secret that both Victor and Brady have a beef with Theresa (Jen Lilley). Nevertheless, Brady wants to be a good father and he has to make sure his son lives in a proper home. Letting Theresa move into the mansion with Tate seems like the most logical thing to do. However, Victor won’t be pleased to learn that he’ll be crossing paths with Theresa on a daily basis. You can expect Victor to hurl plenty of insults Theresa’s way. 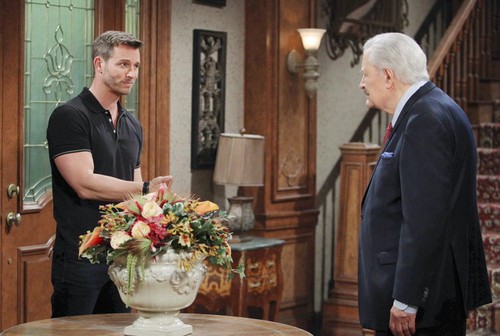 Brady knows this isn’t the ideal situation, but he has to do what’s right for his child. As a result, Brady will make it clear to Victor that Theresa is moving in and that’s that. “Days of Our Lives” spoilers say Brady will demand that Victor make peace with Theresa living there—or else. It appears Victor will have to learn to live with Theresa if he wants the chance to grow closer to Tate.

Of course, Theresa could find herself getting in the middle of another conflict. Looking ahead to Tuesday’s episode of DOOL, Eve (Kassie DePaiva) will ask for assistance as she works for revenge on Jennifer (Melissa Reeves). Theresa doesn’t usually pass up the opportunity to bring down the Hortons. Besides, it’s not like Eve has dozens of friends she can ask for help. Stick with the NBC soap to find out if these sisters will continue to bond through scheming.

So “Days” fans, what do you think about the news that Derrick will soon shake things up once again? What purpose could Derrick serve for Paul? What about Brady’s harsh words for Victor? Will Vic make some updates to his attitude? Will Theresa agree to give Eve’s plan a boost? Let us know what you think in the comments below and don’t forget to check CDL tomorrow for the latest “Days of Our Lives” spoilers, rumors, updates and news.