‘Days of Our Lives’ Spoilers Week of June 15: Eric and Nicole Run From Deadly Xander – Daniel Demands Truth From Serena 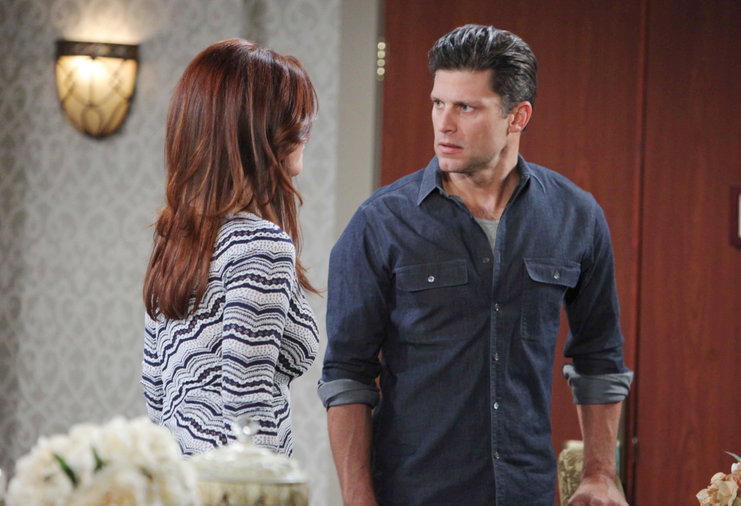 “Days of Our Lives” spoilers for the week of June 15-19 reveal that Salem’s about to get downright dangerous. On Monday, Nicole (Arianne Zucker) will find herself in a tight spot when Xander (Paul Telfer) says he knows he’s been played. Serena (Melissa Archer) will understand what Xander is capable of and she’ll have the common sense to get out of town pronto. Unfortunately for Serena, it looks like she won’t get very far. Theresa (Jen Lilley) and Brady (Eric Martsolf) will also clash over their plans for Tate.

“Days” spoilers for Tuesday hint that Eric (Greg Vaughan) will spar with Serena over her secrets. Eric will realize that Serena’s been conning him and he won’t be happy about it. Meanwhile, Justin (Wally Kurth) and Kate (Lauren Koslow) will have an argument of their own. It seems they won’t see eye to eye about bringing a new employee on board at Mad World. Elsewhere, Nicole will fight for her life as Xander goes for the jugular.

On Wednesday’s episode of DOOL, Eric will save Nicole from a deadly fate. They’ll immediately go on the run from Xander as they try to sort this mess out. Across town, Will’s (Guy Wilson) about to make a huge mistake by trying to influence the results of his marriage counseling session. Abigail (Kate Mansi) will also make a poor decision when she leaves evidence of her affair with Chad (Billy Flynn) out where Ben (Robert Scott Wilson) might see it.

“Days of Our Lives” spoilers for Thursday tease that Daniel (Shawn Christian) will corner Serena and demand answers. While Daniel gets updates on the truth, Nicole and Eric will share a close moment. In addition, Brady will eavesdrop on Theresa and Anne’s (Meredith Scott Lynn) discussion. What Brady hears could soften his opinion of Theresa slightly and put these two on better terms.

On Friday, Xander’s chase will come to an end and Will’s scheme will hit some snags. Jennifer (Melissa Reeves) will notice Eve’s (Kassie DePaiva) bizarre behavior and wonder what she’s up to. Eve will soon try to hit Jen where it hurts by taking some jabs at her mother, Laura (last played by Jamie Lyn Bauer). As for JJ (Casey Moss), he’ll cope with his grief over losing Paige (True O’Brien) by turning to Bev (Allison Paige). DOOL rumors say that JJ’s relationship with Paige may not be as dead as he thinks it is, but it’s going to take a while for Paige to come around. Stick with “Days of Our Lives” to see what’s next for all of Salem’s residents.

So “Days” fans, what do you think about the news that Xander will threaten Nicole’s life? What evidence will Abigail leave out in plain sight? What will Brady overhear? Will JJ hook up with Bev in an effort to move on? Let us know what you think in the comments below and don’t forget to check CDL tomorrow for the latest “Days of Our Lives” spoilers, rumors, updates and news.