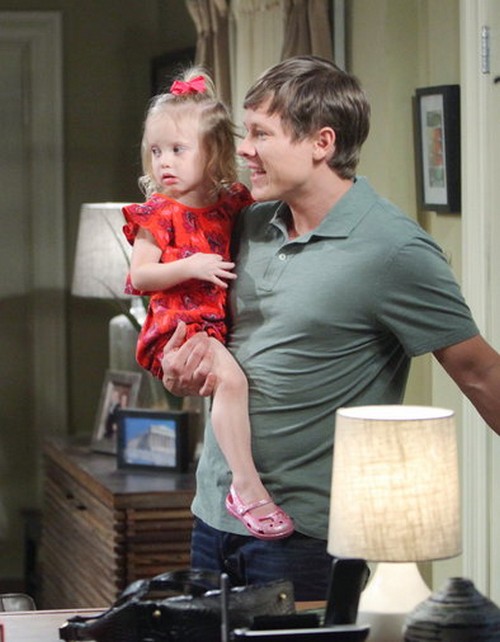 “Days of Our Lives” spoilers tease that the current cast massacre is will continue at DOOL. Serial Scoop is reporting that Guy Wilson is confirmed out and his character, Will Horton, will be killed off in the next month. It seems likely that Will’s about to become a victim of the serial killer. “Days” rumors suggest that Will may witness the upcoming attempt on Marlena’s (Deidre Hall) life and he won’t live to tell his tale. Whatever the case, there’s a good chance that Will’s probably going to see something he shouldn’t at some point.

When the serial killer storyline was announced, the execs made sure to note that there would be several dramatic exits. Will’s upcoming death will certainly be one of them. When Serena (Melissa Archer) was killed, Eric (Greg Vaughan) was the only one who really mourned the loss. Likewise, Paige’s (True O’Brien) murder didn’t make major waves. Eve (Kassie DePaiva) and JJ (Casey Moss) were the only characters shedding tears. However, Will’s demise will have a huge impact on Salem. Will is connected to most of the town’s core families: the Hortons, the Bradys and even the Kiriakis clan through his marriage to Sonny (Freddie Smith).

Speaking of Sonny, Jason47’s “Days” website reveals that Freddie Smith is set to reprise his popular role briefly in the next month. It looks like Sonny may return for Will’s memorial service. Sami (Alison Sweeney) is also headed back to Salem in October. You can bet that Sami will want justice for her son. “Days of Our Lives” spoilers indicate that a war will soon be sparked between the Bradys and the DiMeras. Perhaps Will’s death will be what instigates the battle to come. We know that Andre (Thaao Penghlis) will crash the third victim’s memorial and cause pandemonium.

Will’s murder proves that “Days of Our Lives” isn’t messing around. Some viewers are puzzled by the decision. After all, Will is a legacy character that became quite groundbreaking. Will could’ve simply followed Sonny to Europe instead. Nevertheless, there’s no denying that Will’s death will affect Salem in a big way. The show seems to be going for shock and they’re holding nothing back.

Ken Corday, the executive producer of DOOL, has said that any victims after September 1 would be gone for good. However, that’s a tough promise to keep on a soap. We all know a recast of Will is bound to pop up someday when the story calls for it. Until then, Will fans will have to grieve right along with his friends and family. Stick with CDL for updates on future departures.

So “Days” fans, what do you think about the news that Will is being killed off? Is this a bad move or do you feel we’ll probably get another Will eventually? Who will be the next victim in this ongoing Salem slaughter? Voice your opinion in the comments below and don’t forget to check CDL often for the latest “Days of Our Lives” spoilers, rumors, updates and news.