Days of Our Lives Spoilers: Why Is Ben Arrested, Chad or Clyde To Blame – Jordon’s Exit Storyline Begins With A Kiss 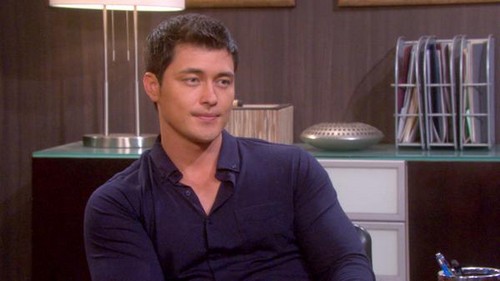 The “Days of our Lives” spoilers promise DOOL fans a week where strong impulses are going to stir up trouble in Salem. “Days of Our Lives” spoilers for the week of January 19 hint that the icy relationship between Rafe and Jordan could be warmed by a heat-of-the-moment kiss. Rafe has made it known that he still has feelings for Jordan, but his cheating confession and her new relationship with Chad are obvious obstacles. However, Chad’s history with Abigail may mean he has ulterior motives when it comes to his romantic advances. With Chrishell Stause’s on-air departure slated for March 2015, things are sure to become interesting as Jordan’s exit storyline gets underway.

Ben is highly protective of his big sis and girlfriend, but it looks like he might take it a bit too far. DOOL spoilers tease that Ben will soon be arrested for his aggressive conduct. Everyone knows he has quite a temper and punches are likely to be thrown. Will Clyde push Ben over the edge or will Chad’s smart mouth finally get silenced? Time will tell, but his arrest could put a strain on his relationship with Abigail who is already wary of his fits of rage. Many “Days” viewers have been hoping for some drama to spice up Ben and Abby’s scenes together. This storyline could create some much-needed tension and excitement in the coming weeks.

So “Days” fans, how do you think Jordan will react to a hot kiss from her old beau? Will she tell Rafe that the past should stay in the past? And what about Ben’s apparent anger issues? Do you think they’ll play a part in his arrest and possibly even Jordan’s departure from Salem? What does all this mean for sly Clyde and conniving Chad? One thing’s for certain: emotions are going to be running high in Salem. Sound off in the comments section and let us know what you think about the recent developments on the NBC soap. As always, don’t forget to drop by CDL tomorrow for all the juicy details on the latest “Days of Our Lives” spoilers and news.