‘Days of Our Lives’ Spoilers: Kassie DePaiva Confirms DOOL Firing – Says “That Is the Way the Soap Business Goes” 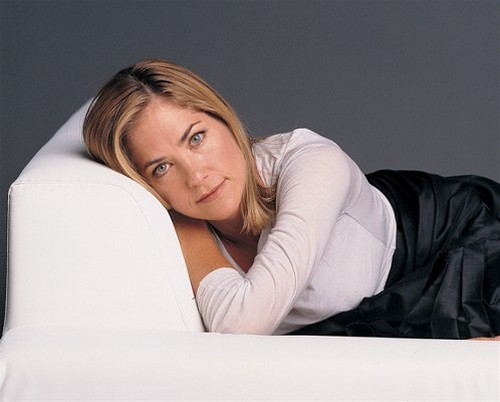 “Days of Our Lives” spoilers explain that Eve (Kassie DePaiva) was fired from DOOL and has finished up her time in Salem – her last scenes will air several months from now. When the news broke that Eve was departing, many DOOL fans suspected that DePaiva was a victim of the recent wave of cast cuts. It’s no secret that the NBC soap has been cleaning house lately. In a blog post on kassiedepaiva.com, the actress confirmed that she was indeed fired. DePaiva was quick to point out that she had no hard feelings and she wishes the show continued success.

“As the sand runs out of my hourglass over at ‘Days’…I have no regrets,” DePaiva said. “I had a truly remarkable experience there.” DePaiva added that she enjoyed getting the chance to work with people she admired for many years and they helped her find the “real” Eve. There’s no doubt that DePaiva has really shined in her role as a grieving mother over the last few weeks.

As she closed her post, DePaiva admitted, “It saddens me to have been let go from the show just as Eve was finally finding her footing…but that is the way the soap business goes. Characters come and go just as actors, writers, and producers. Some we love…Some we hate…But fortunately for all of us the stories still go on. Keep watching and here’s to 50 more years of ‘Days of Our Lives’!!!”

“Days” has been undergoing major changes and for the most part, they’ve been positive ones. Nevertheless, it might have been a little premature to give DePaiva the boot. DePaiva’s been in soaps for decades, including her 20-year run as Blair on “One Life to Live.” It’s obvious that a veteran like DePaiva has true talent, but she wasn’t allowed to showcase much of it on “Days of Our Lives.” Eve was primarily stuck hooking up with JJ (Casey Moss) and hiding it from Paige (True O’Brien) in a storyline that arguably went on far too long.

Even after the big reveal, Eve was still trapped in soap limbo as she came up with lame revenge schemes to take down JJ and Jennifer (Melissa Reeves). However, things changed drastically once Eve learned Paige was dead. Suddenly, Eve was no longer an aimless wanderer in Salem. With gripping material to work with, DePaiva has delivered some highly emotional performances that could make her a Daytime Emmy contender. Unfortunately, we now know the end of Eve’s journey is just around the corner.

It appears there was nowhere else for the writers to take Eve, which means we’ll have to bid her farewell. Eve won’t be a victim of the serial killer, which means there’s a possibility that she could simply decide to get out of town. Perhaps they’ll leave the door open for Eve to return down the road, but it’s not likely to happen anytime soon. Theresa (Jen Lilley) is Eve’s only real tie to Salem now and the memory of Paige’s brutal murder will be too fresh.

It sounds like DOOL fans will just have to accept the loss of an excellent actress and a late-blooming character. As DePaiva mentioned, it’s part of the biz. Actors have to make peace with cast cuts and so do viewers. The rumors hint that Eve’s exit will provide a fitting conclusion to her current storyline. We’ll give you updates if any new details emerge. Stay tuned to “Days of Our Lives” to watch Eve say so long to Salem.

So “Days” fans, what do you think about the news that Kassie DePaiva was let go from the show? Do you feel Eve had untapped potential? Would you rather have seen DePaiva in a different role from the start? Let us know what you think in the comments below and don’t forget to check CDL often for the latest “Days of Our Lives” spoilers, rumors, updates and news.