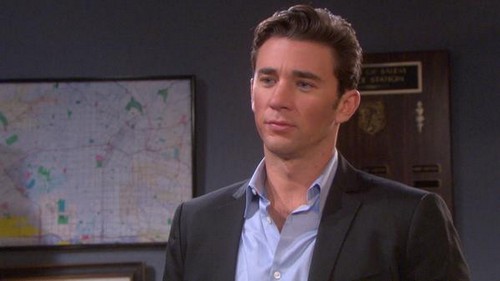 “Days of Our Lives” spoilers reveal that Kate’s (Lauren Koslow) meddling ways may soon come back to haunt her. Kate’s mission to bring down Jordan (Chrishell Stause) will continue and her latest stunt probably won’t go off without a hitch. She successfully sabotaged Jordan’s relationship with Rafe (Galen Gering) and now she’s moved on to breaking up Jordan and Chad (Billy Flynn). It’s tough to say what Kate has planned this time, but she always has a trick or two up her sleeve.

DOOL viewers will be anxious to see how Chad reacts to Kate’s interference. After all, he has a revenge scheme of his own in play. Now that Kate has forced him to change course, Chad will turn to the sneakiest source he knows for a bit of advice. “Days of Our Lives” spoilers hint that Stefano (Joseph Mascalo) will once again give Chad some guidance as he tries to regroup. The DiMera patriarch is probably one of the only people clever enough to outsmart crafty Kate. Stay tuned to “Days” to see what words of wisdom Stefano has for his youngest son.

Other “Days of Our Lives” spoilers indicate that Jordan will have an epiphany in the midst of the chaos Kate has caused. Could her realization be that she needs to break up with Chad? It’s certainly possible considering Chad’s recent actions. However, there’s also the possibility that Jordan’s epiphany may involve the need to leave Salem. With Chrishell Stause’s on-air departure slated for March, many DOOL watchers are hoping that she’ll have a dramatic exit storyline.

Now that Clyde’s (James Read) recovered from his near-death experience, he could easily get back to causing trouble for his daughter. Since Victor (John Aniston) couldn’t seem to finish him off, will Jordan finally have enough of Clyde’s antics and do the deed herself? Keep watching the NBC soap in the coming weeks to see what twists and turns the writers have in store.

So “Days” fans, what do you think about all the drama between Kate and Chad? Will Kate succeed in breaking up Chad and Jordan? Can Stefano’s advice help Chad get even? What about Jordan’s big realization? What will cause Jordan to move on from Salem? Let us know what you think in the comments below and don’t forget to check CDL often for the latest “Days of Our Lives” spoilers and news.